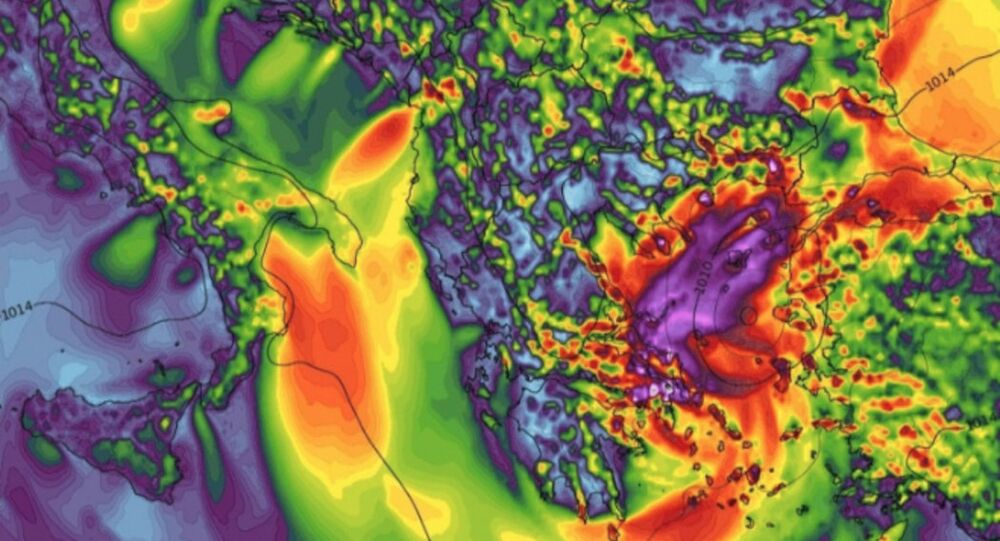 A rare type of Mediterranean Sea storm known as a ‘medicane’ - due to its hurricane-like structure - brought heavy winds and enormous rainfall to large areas in southern Greece on Saturday and is currently on the move toward western Turkey, according to reports.

Generally weaker than a classic hurricane but no less capable of widespread destruction, the current Medicane Zorba has lashed many populated areas in Greece with heavy wind and rain, resulting in widespread flooding over the weekend.

Gusts up to 55 mph were measured on Strofades earlier while sustained winds of 46 mph were clocked at Rodos, according to Wunderground.com.

Waterspouts and tornado warnings have been in effect throughout the northeastern portions of the slow-moving storm.

At Voutsaras, in the southern area of Greece, more than four inches of rain was recorded over several hours with gusty winds peaking at 65 mph.

Barometric pressure readings near the center of the storm fell to 989.3 mb in Kalamata on Saturday.

Weakening slightly after crossing the Greece landmass, Zorba is expected to again strengthen as it passes over warmer waters of the Aegean Sea, moving ENE to strike the western coast of Turkey in the early hours of Monday morning, bringing heavy rains and a continued flood risk, according to Severe Weather Europe.