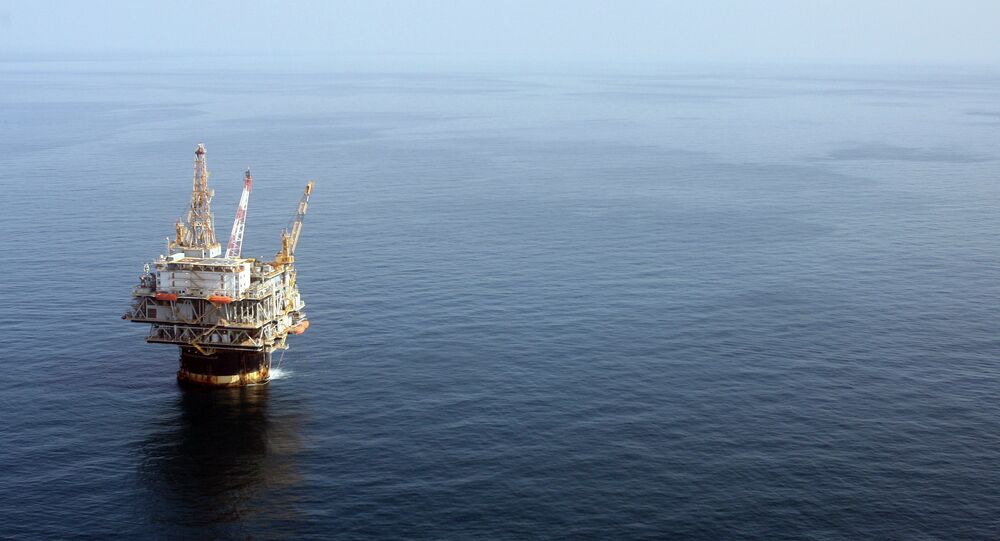 WASHINGTON (Sputnik) - Tropical storm Gordon has forced the evacuation of 48 manned oil and natural gas production platforms in the Gulf of Mexico, the US Bureau of Safety and Environmental Enforcement’s (BSEE) Hurricane Response Team said in a press release on Wednesday.

"Personnel have been evacuated from a total of 48 production platforms, 6.99 percent of the 687 manned platforms in the Gulf of Mexico, the release said.

BSEE estimated that about 9.36 percent of the current oil production in the Gulf of Mexico has been "shut-in," a term that refers to closing of safety valves located below the ocean floor to prevent the release of oil or gas, the release added.

© REUTERS / NASA
Tropical Storm Gordon Expected to Make Landfall Along US Gulf Coast as Hurricane
In addition, 10.29 percent of Gulf of Mexico natural gas production has been shut in, the release noted.

Previously, the US National Hurricane Center reported that additional strengthening of the tropical storm was possible, meaning that the storm could become a hurricane before its landfall.

NHC said later that the storm continued to weaken over central Mississippi, warning that the threat of heavy rains and flooding would continue for several days.

Once the storm passes, BSEE plans to inspect and immediately reopen all undamaged facilities, according to the release.