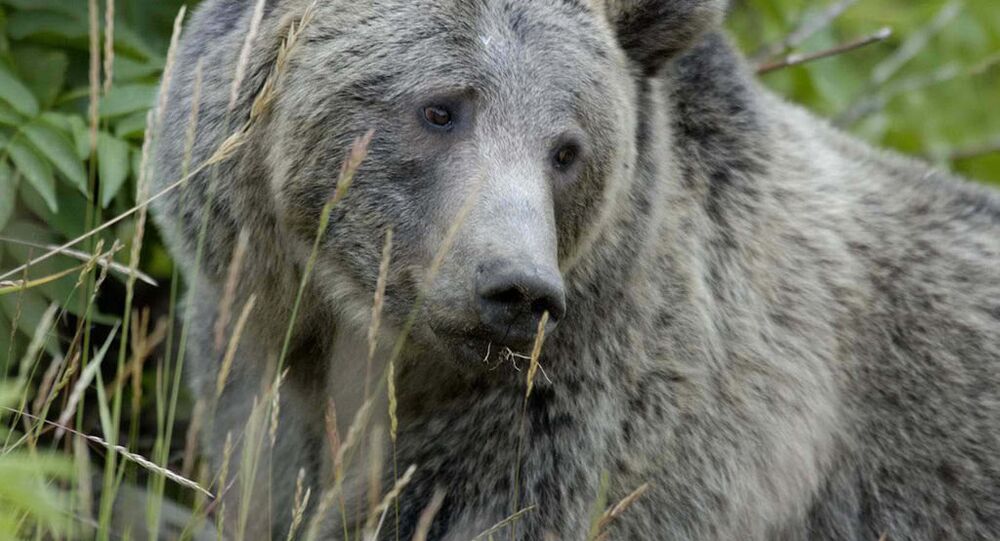 A federal judge in Montana issued a court order Thursday temporarily blocking the first grizzly bear hunts in the area of Yellowstone National Park in over 40 years.

US District judge Dana Christensen handed down the 14-day restraining order, coming down on the side of environmentalists and Native American groups who have argued that Yellowstone grizzlies should continue to be protected under the Endangered Species Act due to conflicts with humans and other obstacles. The states of Wyoming and Idaho were scheduled to open licensed hunting of the large mammals on September 1, allowing as many as 23 bears per hunter.

© Photo : Youtube/FLSportsman
Mom-Grizzly Bear Carries Cubs on Its Back Across the River

There are over 700 grizzly bears in the Yellowstone area, which led the US Fish and Wildlife Service to decide last year that the bears are no longer a threatened species. However, advocacy groups argue the decision was based on faulty science.

"The way the Endangered Species Act works is you err or the side of caution, you don't err on the side of removing protections and hope it all works out," said Tim Preso, an attorney for Earthjustice representing the Sierra Club, the Center for Biological Diversity, the National Parks Conservation Association and the Northern Cheyenne Tribe.

However, officials from the US Department of the Interior have argued the grizzly bear population is among the most studied in the world.

"The way this grizzly bear plan was set up is to look closely at population and mortality across the three states where the grizzly bear lives," Wyoming Game and Fish spokesman Renny MacKay told the St Louis Post-Dispatch. "We do a very conservative population estimate and we do a more liberal mortality estimate."

Grizzly bears were listed as a threatened species in 1975, when their number declined to a mere 136, although the last grizzly hunting season in the lower 48 states was in 1974.

WATCH US Policeman Driving Bear Out of Car With Gunfire

‘I Said No Pictures!’: Canadian Black Bear Makes a Bluff Charge at Woman

Is It a Giant Tin Can? Bear Tries to Open Up Car Looking for Food