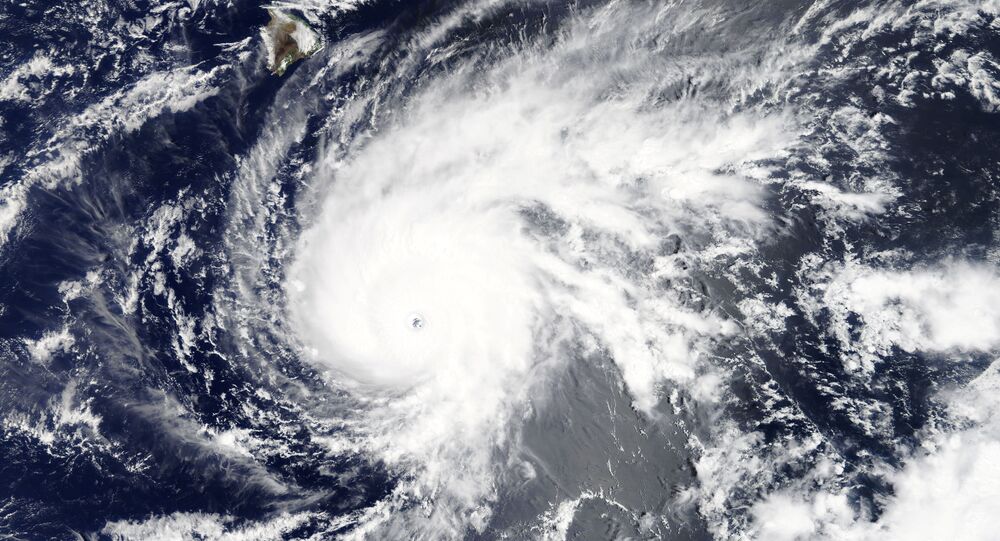 Hawaii residents flocked to stores to stock up on bottled water, canned food, toilet paper and other supplies this week as Hurricane Lane, which is currently classified as a dangerous Category 4 hurricane, is expected to hit the Big Island in the central Pacific with tropical storm winds around 160 miles per hour as early as Wednesday night.

According to the National Weather Service (NWS), the Central Pacific cyclone is a threat to the entire island; a hurricane warning was extended Wednesday to the island of Maui. A hurricane watch is still in effect for Oahu and other smaller islands.

​As of around 5:30 a.m. local time, the storm was 320 miles southeast of Hilo and was moving northwest at about 9 miles per hour, NWS meteorologist Melissa Dye reported Wednesday. In addition, rain began appearing on radar off the Big Island of Hawaii Wednesday, while offshore buoys have been detecting higher than normal waves associated with the hurricane.

​"It is much too early to confidently determine which, if any, of the main Hawaiian islands will be directly impacted by Lane," NWS meteorologist Gavin Shigesato said, Anchorage Daily News reported Wednesday.

​The last Category 5 hurricane in Hawaii was Hurricane John in 1994.

"On its forecast track, the center of Lane will move very close to or over the main Hawaiian Islands from Thursday-Saturday… Slow weakening is forecast… but Lane is forecast to remain a dangerous hurricane as it draws closer to the Hawaiian Islands," the NWS' Central Pacific Hurricane Center in Honolulu warned Tuesday.

On Wednesday, public schools on the Big Island in Maui County were closed and will remain closed until further notice.

​Hawaii Governor David Ige signed an emergency proclamation in advance of the hurricane approaching the state from the southeast on Tuesday. In addition, the governor granted non-essential state employees on the Big Island and Maui administrative leave from Wednesday to Friday. However, disaster response employees in hospitals and prisons on the Big Island and Maui are still required to report to their jobs as usual.

On Tuesday, emergency management officials across the state also warned residents to prepare to evacuate and find shelter. Hawaii State Emergency Management Administrator Tom Travis said during a news conference Tuesday that state officials are prioritizing managing shelters because "we do not have enough shelters for everyone."

​According to a state report on "all hazards preparedness improvement," there are only 277,376 available shelter spaces for the islands' approximately 1.4 million people.

Amid the threat of Hurricane Lane, many Hawaii residents recalled Hurricane Iniki, which struck the island 26 years ago as a Category 4 storm.

​"A lot of people are comparing the similarities between Iniki and Lane," Kauai resident Mike Miranda, who was 12 at the time of Iniki's landfall, told CBS News Wednesday.

"I remember how very little rain fell. But I remember the wind being the strongest force of nature I've ever witnessed and probably the scariest sounds I've ever heard in my life," he said.

According to Miranda, his family is used to getting ready for hurricane season.

"A lot of people who moved here and never experienced a hurricane, they're the ones rushing to the store," he said.

The Saffir-Simpson Hurricane Wind Scale gives a one to five rating based on a hurricane's sustained wind speed and is used to approximate potential property damage. Hurricanes that are Category 3 or higher are considered major, dangerous hurricanes.