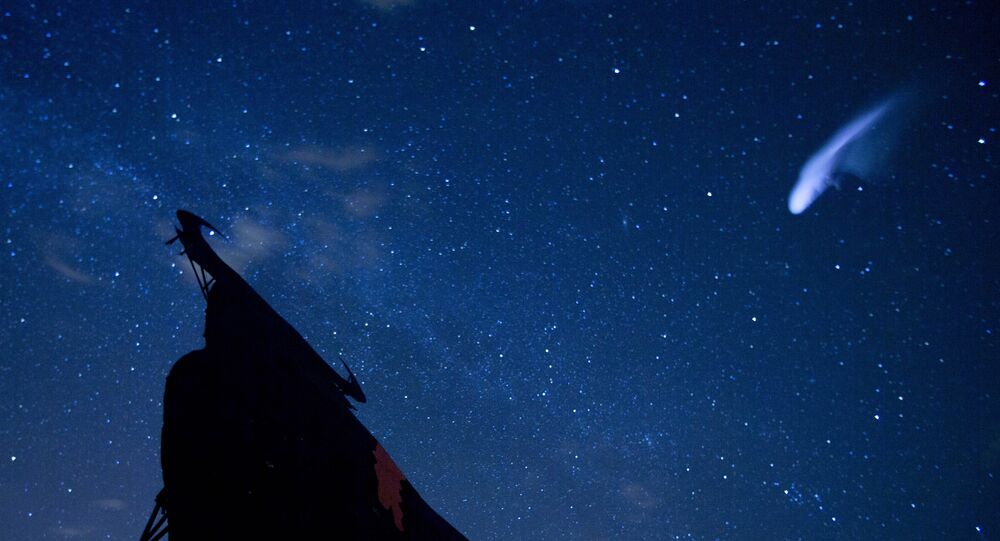 A popular annual meteor shower will peak this weekend as The Perseids dazzles skywatchers in the Northern Hemisphere of our planet with dozens of ‘falling stars’ each hour between August 11-13.

The Perseids are an annual sky show put on as a result of the Earth passing through a cloud of dust particles left behind by comet Swift-Tuttle. In a solar orbit of approximately 133 years, Swift-Tuttle's next passage near Earth will not be until 2126.

NASA Meteoroid Environment Office spokesman Dr. Bill Cooke noted that a lower level of moonlight will help those on the lookout for the fiery atmospheric displays.

"The moon will be setting early so there won't be much moonlight that will be interfering at night," Cooke noted, adding that, "peak rates will be just before dawn," cited by Cbsnews.com.

Sporadic Perseids meteors — entering the Earth's atmosphere since the end of July and predicted to continue until late August — will see the best dates for viewing between Saturday, August 11 and Monday, August 13.

With the coming dawn on those optimal viewing nights, viewers can expect approximately one Perseid every minute.

The Perseid meteors will be right overhead for viewers in the Northern Hemisphere. Those in the US will be able to see it well, as long as the weather cooperates.

Recent and ongoing wildfires in portions of the American west are adding an unpleasant haze, however, making visibility limited.

"You'll get a decent show as long as you're north of the equator," NASA's Cooke detailed.

"As long as you have clear skies and you're away from the city, you should have a good show."