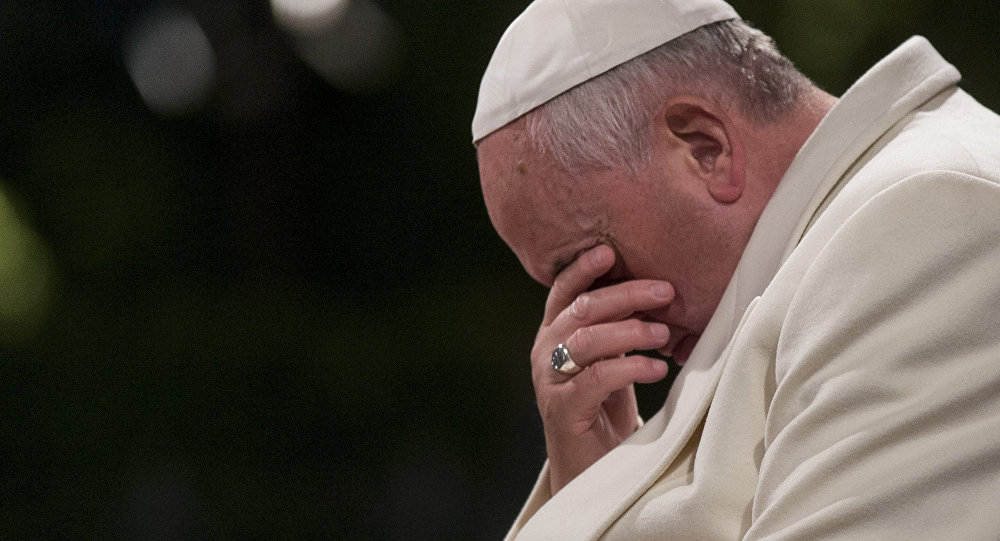 On Saturday, Pope Francis urged a group of oil company executives to convert to clean fuels to avoid further destroying the environment pf the Earth.

"Civilization requires energy but energy use must not destroy civilization," the Pope told oil company executives at the end of a two-day conference at the Vatican.
Fossil fuel firms present at the conference included ExxonMobil, BP, Royal Dutch Shell, Norway's Equinor and Pemex of Mexico.

"We know that the challenges facing us are interconnected," the Pope stated, adding, "If we are to eliminate poverty and hunger… the more than one billion people without electricity today need to gain access to it."

"Our desire to ensure energy for all must not lead to the undesired effect of a spiral of extreme climate changes due to a catastrophic rise in global temperatures, harsher environments and increased levels of poverty," he observed.

The oil and gas industry has faced increased pressure from investors and ecological activists to reduce greenhouse gas emissions as outlined in the 2016 Paris climate agreement.

In 2015, Larry Fink, an investor for Blackrock, an American global investment management corporation, who was also at the meeting Saturday, wrote a document called "Laudato Si" (Praised Be) about protecting the environment from global warming.

In the document, Fink wrote that access to clean energy was "a duty that we owe towards millions of our brothers and sisters around the world, poorer countries and generations yet to come."

In a similar vein, on Saturday, the Pope also called for a long-term solution to global warming.

"Environmental and energy problems now have a global impact and extent," he noted.