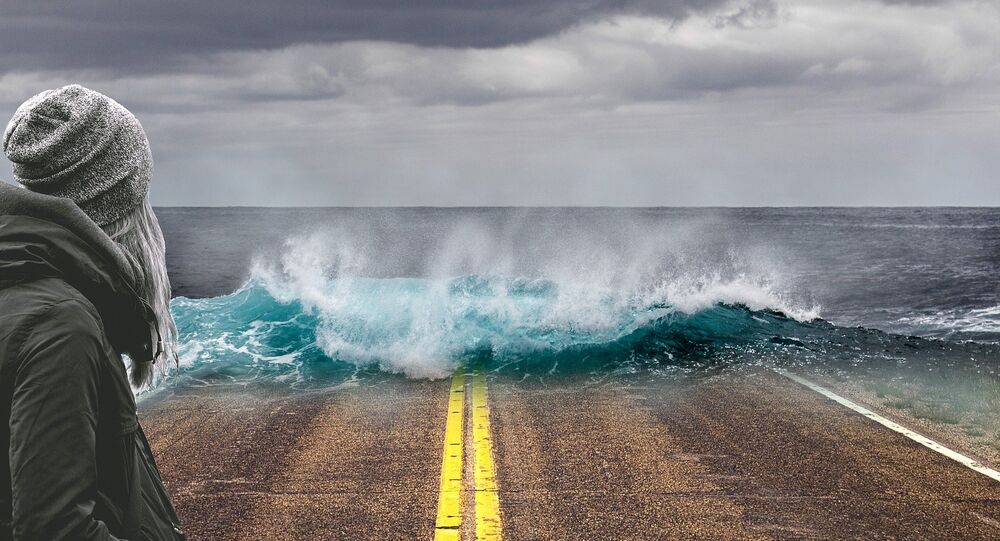 Climate change passed an important milestone last month: April 2018 was the 400th month in a row in which global temperatures were warmer than the 20th century average, according to a new report by NOAA.

"April 2018… marks the 42nd consecutive April and the 400th consecutive month with temperatures, at least nominally, above the 20th century average," said the Global Climate Report published by the National Oceanographic and Atmospheric Administration (NOAA) on Thursday.

The report further noted that "nine of the 10 warmest Aprils have occurred since 2005."

April 2018 marks the 400th consecutive month with temperatures, at least nominally, above the 20th century average for the globe: https://t.co/21SMF25Wbg #StateOfClimate pic.twitter.com/NrniTqwX1t

​That means that the last time the planet had normal temperatures was December 1984, Inverse noted.

In addition, carbon dioxide levels hit the "highest level in recorded history at 410 parts per million" last month, Inverse reported. Carbon dioxide is one of the primary greenhouse gases that when present in the atmosphere accelerate global warming.

The United States' departure last June from the the non-binding Paris Climate Agreement, the most powerful worldwide treaty on addressing the causes of climate change, certainly doesn't help this trend. Trump promised the US can do "much better than the Paris Accord" and swore that the treaty would be ineffective at meeting its goal of stopping an increase in global temperatures greater than 2C by the end of the century.

However, Science Magazine reported May 9 that the Trump administration had quietly killed NASA's Carbon Monitoring System due to "budget constraints and higher priorities within the science budget." The $10 million program created "high-resolution models of the planet's flows of carbon," Science reported.

That calls into sharp relief a new report by climate scientists about what the "worst-case scenario" for global warming might be. The New Scientist reported May 14 that "higher than assumed economic growth rates" meant there was "a greater than 35 percent probability that year 2100 emissions concentrations will exceed those given by" their present worst-case scenario model, Peter Christensen of the University of Illinois, Urbana-Champaign told the publication. As a consequence, some projections now place global temperature increases at 3C and possibly over 4C.

At the UN Climate Change Conference last November, negotiators also discussed a 3C change target instead of a 2C target, the Guardian reported at the time. At that point, the planet will be "locked in" to a 2-meter sea level rise that will put the homes of 275 million people worldwide underwater, claim scientists at the Climate Central nonprofit project. At that point, no amount of reversal or slowing down of climate change will be enough to limit the rise of sea levels to less than that, the Guardian explained.

Coastal metropolises like Shanghai, Hong Kong, Osaka, Rio de Janeiro, Miami, Alexandria, Egypt, and the Hague, Netherlands will find themselves mostly or completely underwater. Some of these cities are already seeing the early effects of this: the Wall Street Journal reported that Miami Beach saw a 400 percent increase in instances of tide-induced flooding between 2006 and 2013 — an event locals call "king tide."

​​But the importance of limiting global temperature increases to less than 2C go beyond the question of coastline changes: a study published in Science last Friday projected that the number of species of vertebrates and plants that would lose more than half their geographic range in the event of a 2C temperature increase by 2100 could be halved if that increase were limited to only 1.5C; for insects, that number is two-thirds. The study, led by Rachel Warren of the Tyndall Center for Climate Change Research, studied more than 115,000 species.