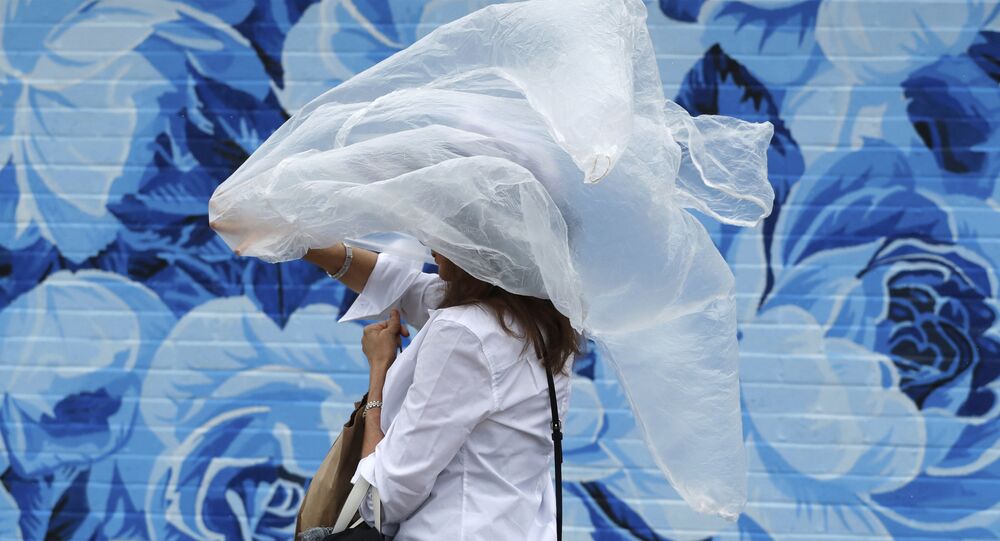 Please McDonald’s (and every other fast-food joint): Take-away dinners will taste just the same using recyclable containers and our environmental impact will be significantly reduced.

© Flickr / Emilian Robert Vicol
Great Pacific Garbage Patch Now Bigger Than Texas, Scientists Say
A new 'plastic tax' in the UK intended to end the manufacture of unrecyclable petrochemical-based single-use products indicates a change of heart at the legislative level, as lawmakers, alongside environmentalists, see the need to stop making containers that quickly end up in landfill or blow loosely through the landscape.

UK companies that continue to manufacture single-use non-recyclable packaging products — including plastic microbeads, plastic bags, plastic straws, drink stirrers and lids, as well as the myriad of other single use throwaway products straing the resources of the existing recycling infrastructure in the West — will, under the new proposal, face heavy fines as part of a long range plan to completely end the use of the materials.

UK officials and regulators suggest that heavy taxes on unrecyclable plastic products will be more effective than a loosely-defined government mandate currently in place seeking to simply abolish plastic waste in the country by 2042.

The new plan, according to a report by The Independent, is to make the cost of manufacturing non-recyclable plastics "so exorbitantly high" that the practice comes to a halt.

Government officials in the Commonwealth seek to supercharge an existing system involving small manufacturing fees currently levied against hopes that companies will be encouraged to switch to green materials.

According to one UK lawmaker, the new move would speed the transformation by hitting companies in the one place they care about: the wallet.

"The fact that there are a lot of poor-quality plastics out there is an issue — these are single-use items, not good enough quality to recycle. So the question is, how do you change that to move towards people using better-quality plastics, that you can reuse?" asked the unnamed official, cited by the Independent.

"A key way would be to make the cost of non-recyclable plastic […] so exorbitantly high that it effectively drives it out of existence — it would mean that with the cost of it, it would not be worth using."

The shift is due in part to a recent ban by China — the largest recipient of trash from developed nations — on imported plastic waste, as recyclers and shipping terminals have become alarmed at the amount of waste piling up in their distribution centers.

"If you speak to companies, people are moving in this direction anyway. The general trend of big business is towards better packaging, recyclable packing," said the official, cited by The Independent.

"People know their consumers are concerned about it. So, there might be some issues with some businesses, but broadly speaking those in the packaging business are feeling they have to be more green and environmentally friendly."

UK Ministers seek to have a plan in place by December.