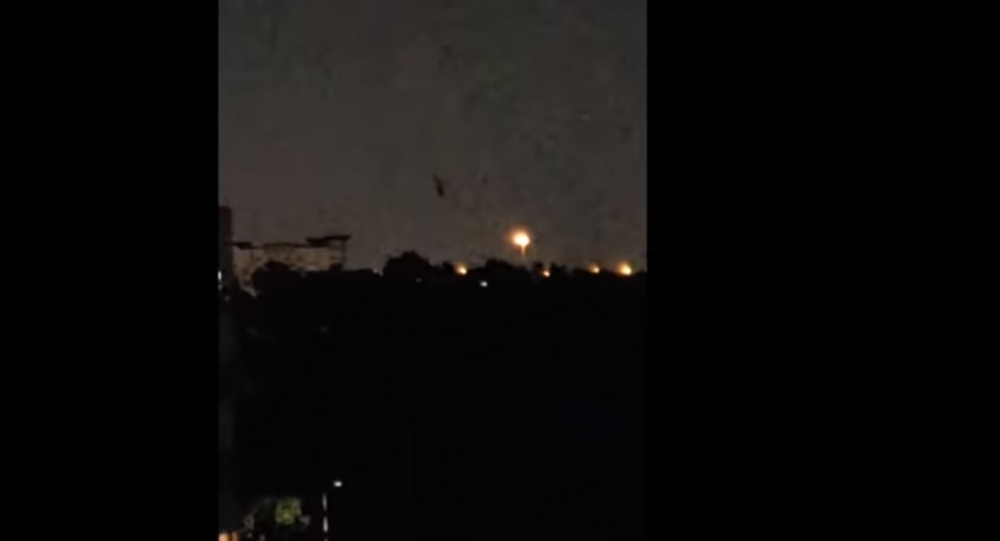 A video captured Saturday shows a large black figure floating across the Texas sky over Houston.

The footage was shared on the YouTube Channel TexasUFOs Monday.

​"April 28, 2018, sighting of a large, tall black structure flying across the sky over central Houston has been submitted to Mutual UFO Network [MUFON]. What could this UFO be? Plane or helicopter carrying something, hot air balloon… or a top-secret military craft or even aliens????" the YouTube description states. MUFON is a US nonprofit organization that investigates alleged UFO sightings.

A witness told the Daily Star that the figure "did not float away like a balloon."

"Object was moving north-northwest and was keeping the same elevation and didn't move like balloons," the witness noted.

Cambridge News
‘It Was Staring at Me’: Strange, Twinkling UFO Hovers in English Sky

"Much larger, vertical structure like a floating tower with a pointed tip at the top. Don't know what the hell that was. Freaking out a bit," the witness added.

"We see a very large and dark black craft moving across the sky at a steady rate of speed and going in a straight line," the YouTube video's presenter states.

"It looks to be taller than it is wide. For now the question remains, what could this be? Could it be a helicopter, or a plane, or a top secret military craft or spaceship?" the presenter adds.

Several YouTube users commented on the video with their theories on the nature of the object.

"Looks like a weather balloon… they are long, skinny… clearly moving with air currents. Might be coming down﻿," one user wrote.