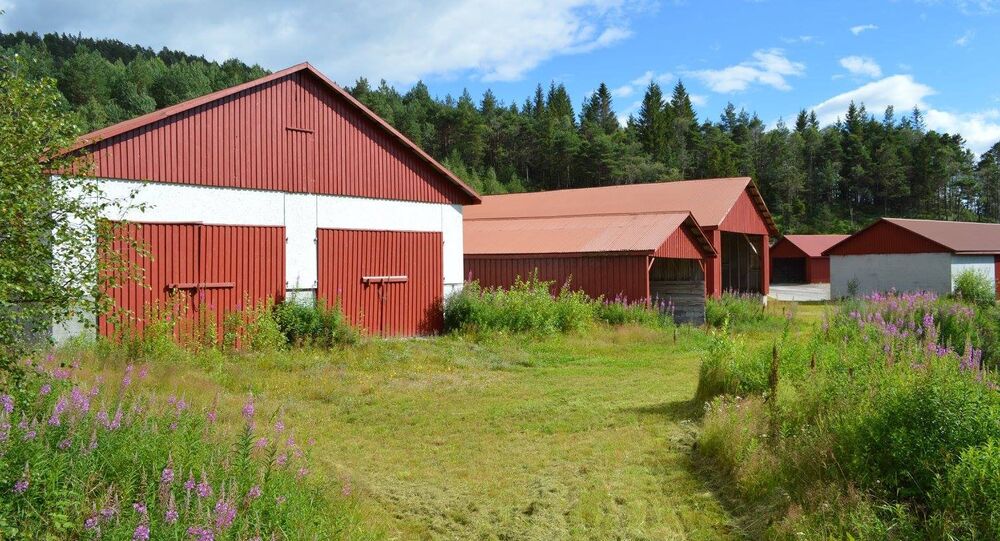 The future population of an anarcho-capitalist "private city" currently being built in southern Norway has exceeded 100 people. According to its founders, free-spirited minds from across the world are flocking to the Norwegian woods, paying for their plots in dozens of different cryptocurrencies.

Liberstad (not to be confused with Liberland, a libertarian micro-nation claiming an uninhabited plot of disputed land between Serbia and Croatia) is the official name of the future "private city" currently in the making in the Norwegian forests. The ultimate goal is to become completely independent, eventually setting up private police, fire and water services.

At present, the freedom-loving enterprise is selling land near the city of Kristiansand for as much as NOK 375,000 ($47,100) for 5,000 square meters. By their own admission, the founders aim to be ready to hand over the plots by 2020, after which the first residents will be able to move in.

Tjelland farm, the geographical site of the future "city," was acquired by Liberstad's founders, John Holmesland and Sondre Bjellås in June, 2017. The project also boasts members of the Capitalist Party of Norway, national broadcaster NRK reported.

So far, the project labeled "a little piece of freedom" has attracted 112 buyers from Norway, but also from numerous other countries from across the world, such as Brazil, Sweden and the UK. To reflect the project's spirit, payments are accepted in 27 different cryptocurrencies.

Liberstad is self-described as a "voluntary profit-based private enterprise that offers protection of life, freedom and property within a particular area."

The founders describe their offspring as a "business model where the main elements are already known and are just transferred to the market for living together."

The only demand laid down upon the future inhabitants of Liberstad is to respect the principle of non-aggression and private property rights.

Updates on the progress of the project are available on its webpage and Facebook page, where merchandise featuring Liberstad logos is heavily marketed, mixed with classic slogans such as "Taxation is Theft." In concordance with their beliefs, the duo have refused to give interviews to Norwegian national broadcaster NRK, slamming it for its mandatory fee they referred to as aggression/extortion/threats/theft.

Liberstad is claimed to be part of the larger Libertania Project, which aims to establish private cities based on anarchism and the non-aggression principle.

Despite burgeoning international interest, local authorities have their doubts about the project. Norwegian Labor MP Kari Henriksen of the local Vest-Agder constituency in the Norwegian parliament is skeptical of Liberstad's future.

"While someone may indeed come and settle there, establishing a state within a state is not realistic," Henriksen told NRK, stressing their irrevocable dependence on society.

Marnardal municipality Mayor Helge Sandåker argued that the project is rather driven by dreams and desires than realism. He also stressed that most locals are skeptical too, NRK reported.

Famous historic examples of cities within cities include Freetown Christiania, the hippy quarter of Copenhagen established in 1971 and still going strong, despite controversy around widespread drug trade, and Užupis, the bohemian and free-spirited quarter of the Lithuanian capital of Vilnius, which proclaimed itself an independent republic in 1997.

#DidYouKnow Within the Old Town of Vilnius sits the self-proclaimed Republic of Užupis? This Vilnius Travel Guide will inspire you to visit #Lithuania. https://t.co/hA01aeU26A #Vilnius #Užupis #TravelIdeas pic.twitter.com/cbfCfz6lqw