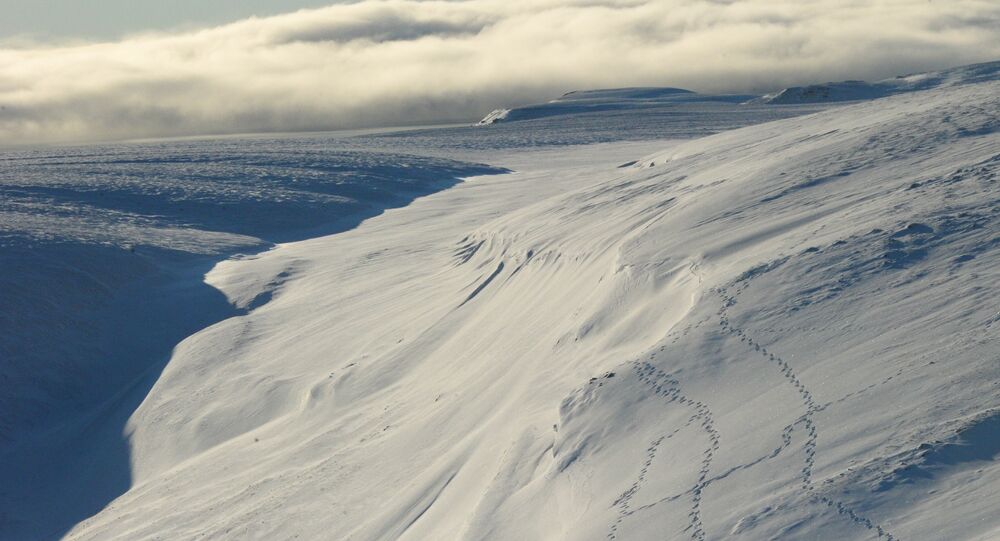 The two super salty lakes, which have for the first time been detected below 550 meters of ice in the Canadian Arctic, occupy an area of five to eight square kilometers, according to scientists.

Researchers have discovered two subglacial lakes in Devon Island's ice cap off Canada, which they said can shed more light on the origin of the universe.

These "unique" lakes with an area of up to eight square kilometers (about 4,970 miles) have a very high salt content, which scientists believe prevents them from freezing. They are located below between 550 (0,34 miles) meters and 700 meters (0,43 miles) of ice in Canada's Arctic zone.

The BBC cited Alison Murray of Nevada's Desert Research Institute as saying that "the probability of life to exist in these systems is high, though the modelled temperatures might suggest that the biological activity would be severely limited due to the low temperature."

Murray was echoed by Claire Cousins from the University of St. Andrews, who noted that the lakes' extreme conditions "will help us understand the habitability of hypersaline sub-ice environments."

READ MORE: Aliens May Arrive Within 100 Years, but How Will We Know They Mean Well?

Scientists hope that the exploration of the lakes will allow them to not only better understand the possibility of life in extreme environments on Earth, "but also on other planetary bodies like [Jupiter's moon] Europa."

The discovery of these two lakes comes after NASA said in a recent report that it had been mulling over the possibility of sending a mission to Europa to try to "determine whether or not we are alone in the universe."

Writing on the Wall: 'God Particle' May Destroy the Universe – Scientists

History of the Universe in 10 Minutes