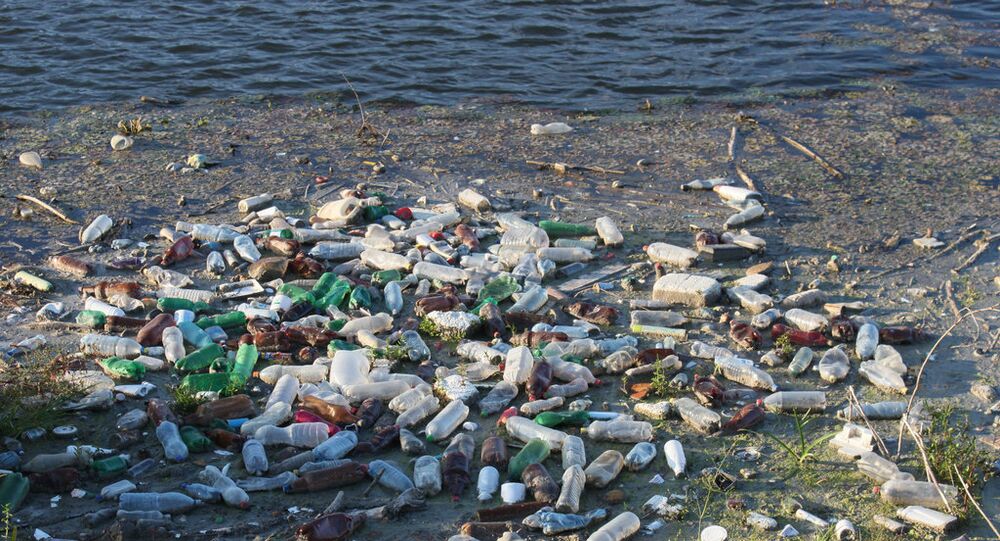 A new report by an international team of scientists reveals that the Great Pacific Garbage Patch covers more area than the US state of Texas, making it 16 times larger than previously estimated.

A study by the Ocean Cleanup Foundation published Thursday claims the enormous floating soup of plastics and other detritus between Hawaii and California covers 617,763 square miles — that's larger than Texas and twice the size of France, the UK Guardian notes.

The nonprofit's conclusions are the culmination of a three-year mapping effort; their study was published in Nature Scientific Reports Thursday.

Lead author Laurent Lebreton said the trash comes from a number of countries in Asia, North and South America and winds up in the gyre because of a mixture of wind and ocean currents pulling it there, USA Today reported. The garbage patch was first discovered in the early 1990s.

Did you know that the gyres that circulate our ocean waters also collect our pollution? Our latest podcast explains how these currents take our trash out to sea: https://t.co/iTixcptYBX pic.twitter.com/j6qMdlcPbl

It's not the only such ocean garbage patch, either: ocean currents compile the world's trash in many such gyres, and their size and number is increasing. A UK government report last year estimated that in the next 10 years, the amount of plastic in the world's oceans could triple if nothing is done to reverse present trends. Scientists are especially worried about the growth as plastics have really only been in use since the 1950s, so we have no idea how long they can last in the ocean or what effects they will bring if the material takes hundreds of years to break down, as is anticipated, USA Today notes.

Although it's common to think of the Great Pacific Garbage Patch as a gigantic, agglomerated mass of plastic, the bulk of the 1.8 trillion pieces of trash that make it up is actually mostly composed of microplastics measuring less than 0.2 inches. The combined weight of the detritus, however, is around 88,000 tons, or the equivalent of 500 Boeing 747 jumbo jets, USA Today noted.

Ocean Cleanup Foundation member Julia Reisser said they were surprised by the size of the plastic they found this time, though. Nearly half of the weight of rubbish consists of discarded fishing nets; other common items include bottles, plates, buoys and ropes, according to the Guardian.

The Ocean Cleanup Foundation isn't just tracking the growth of the Pacific Garbage Patch, though: it's also coming up with novel ways to address the problem. The foundation's website describes an ambitious plan to clean up 50 percent of the patch in five years' time.

The Guardian notes that a prototype of the foundation's novel u-shaped floating screen will be tested this summer in San Francisco. The device is predicted to collected five tons of waste per month. If it's successful, others will be designed that could reach as much as 1.2 miles in length.

The device would passively collect garbage by floating along with the currents, meaning it would go wherever the garbage is going. A sea anchor, suspended in a slower-moving layer of deep water, would ensure the trash on the surface moves faster than the screen, causing the plastic to accumulate against the cleanup system, the foundation's website explains.

Once the device fills up, it can easily be collected by cargo ships and transported back to land for proper disposal. However, the system will not clean all the plastic: it cannot capture pieces smaller than 10 millimeters, or 0.39 inches, in diameter.