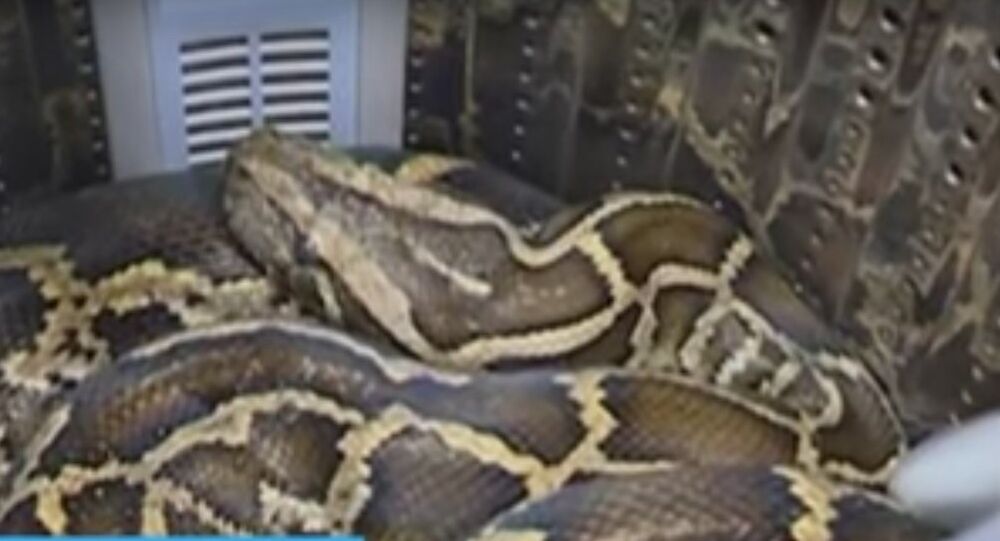 Throughout the ages, many variations of reptiles with two heads have been reported, but some of them happen to have other organs in pairs too.

A Florida snake-breeder recently ended up with a two-headed boa constrictor that has two separate hearts.

The heads of the two-week old serpent emerge from a shared body, each checking out their surroundings separately and flicking their own tongues, National Geographic reported.

What makes the Florida-born boa all the more unique, however, is that it also has two digestive tracts.

“If there are two digestive systems then we may need to provide nutrition to 'both' snakes,” said veterinarian Lauren Thielen who x-rayed the two-headed snake.

She added that this could undermine the snake's chances of surviving as most snakes with separate digestive tracts die early because don’t get proper nutrition, have shared kidneys and are unable to defecate normally.

“So we're going to have to take our time and see what happens to the fate of these snakes,” she noted.