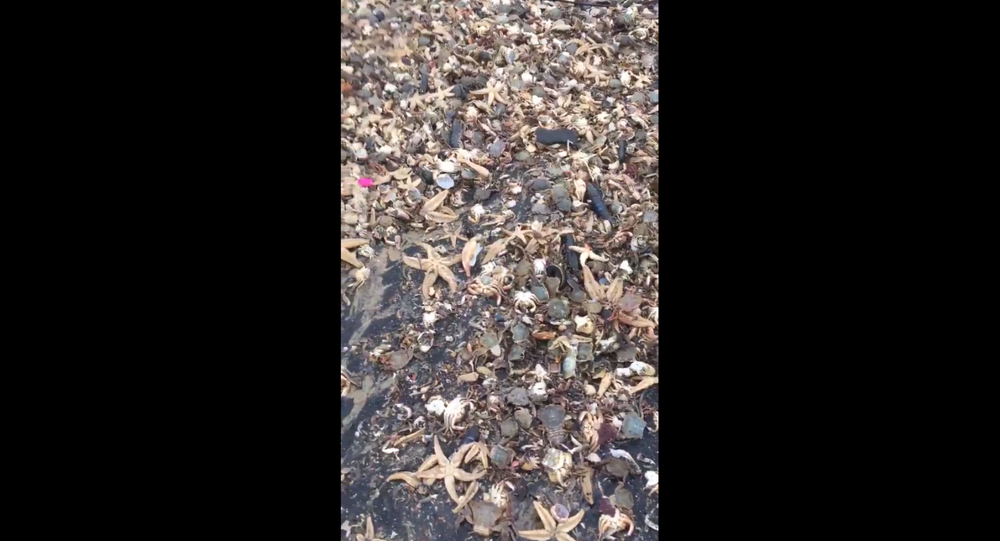 Tens of thousands of dead starfish have washed up onto British beaches after the region was hit with cold temperatures and whipping winds last week.

The "starfish Armageddon," as it has been coined on social media, was the result of the "Beast from the East," a polar vortex that brought freezing temperatures to the UK, where it joined forces with Storm Emma, according to experts.

Marine life enthusiasts have shared pictures and video footage of the devastation that not only saw the death of starfish but also lobsters, crabs, sea urchins and fish along the UK's North Sea coastline.

​Lara Maiklem, a wildlife enthusiast who traveled to Ramsgate, Kent, described the aquatic graveyard as "incredible."

"There were starfish as far as the eye could see, there were fish in there and sea urchins," Maiklem told the Daily Mail. "I think someone found a lobster in there as well, and some false teeth — it was amazing."

"I had heard about the starfish, so I went down… I have never seen anything like that before," she added.

Posting finds onto her London Mudlarking Facebook page, Maiklem also indicated that she had tried to save some crabs, but, unfortunately, most of them were already dead.

Further north in Yorkshire, the scene wasn't much different, as the Yorkshire Wildlife Trust described the mass stranding as being "ankle deep in places."

​"There was a 3 degree [Celsius] drop in sea temperatures last week, which will have caused animals to hunker down and reduce their activity levels," Bex Lynam, a member of the Trust, told ABC News. "This makes them vulnerable to rough seas — they became dislodged by large waves and washed ashore when the rough weather kicked in."

"Larger animals such as dolphins are more mobile and can save themselves by swimming away when this sort of thing happens," the official added.

​According to the publication, the wildlife team is working alongside local fishermen to rescue any surviving marine life, such as lobsters. Their plan is to return the animals to the sea once the weather improves.

'Beast from the East' Rules Out Boxing Comeback