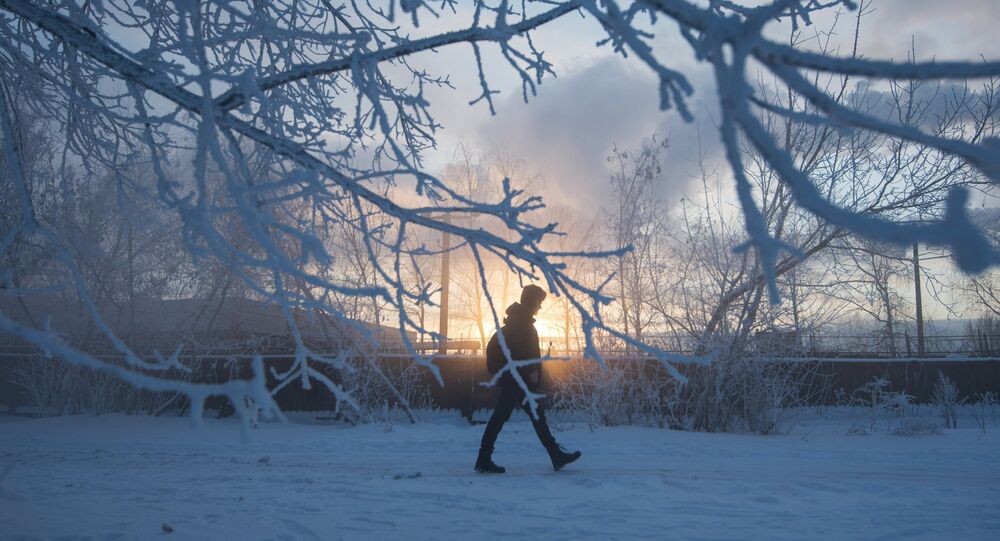 A bitterly cold snap, already nicknamed “The Beast from the East,” has caused widespread travel disruptions and school closures as far south as Italy, where the mercury dipped as low as minus 4 degrees Celsius on Tuesday morning, according to the local meteorological service, AFP has reported.

At least 50 people have died across Europe as a blast of icy Arctic weather sweeping in from Siberia has dragged temperatures to as low as minus 27 degrees Celsius.

One of Europe’s coldest spots is Dolina Campoluzzo in northern Italy, where air temperatures have plummeted to a shivering minus 40 degrees Celsius.

© Photo : Pixabay
UK Homelessness Increase, Cold Weather Could Result in More Deaths on Streets
With dozens of people having died across the continent as “The Beast from the East” has sent temperatures plunging and rough sleepers, the elderly being seen as the most vulnerable to the bitterly cold snap, some local authorities in Europe have ordered officials to find shelters for the homeless.

​In the coming few days, temperatures in France are expected to drop to minus 18 degrees Celsius.

​In Berlin, homeless shelters are already at 95 percent capacity, with temperatures in some parts of the country dropping to minus 20 degrees Celsius.

Due to a relatively cold weather forecast, Friday's event in Münster will take place indoors. 7 matches in total. #wXwFF pic.twitter.com/3weh6cW9MQ

​The extreme cold weather has caused travel disruptions in the Netherlands and Britain, where police have recorded a growing number of crashes as large territories are engulfed in snow.

With freezing weather across our city — our emergency shelters will be open for the rest of the week. Services are available 24/7, providing emergency shelter and one-to-one support to help rough sleepers find a way off the streets for good. https://t.co/EsGOU05qGo

​"Parts of England and Wales are likely to see their coldest spell of weather since at least 2013 — perhaps 1991," the head of Britain’s weather service, Frank Saunders, told AFP.

​The Mediterranean hasn’t been spared either, with heavy snowfall in Nice and snow drifts forcing the closure of a number of highways along Croatia's Adriatic coast.