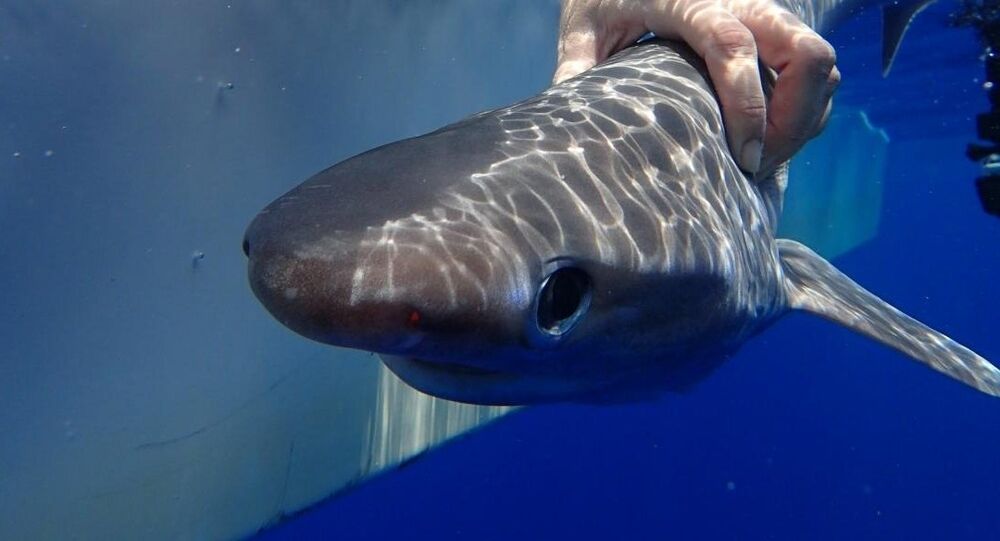 A breed of deep-sea shark recently discovered by scientists in the Atlantic Ocean was identified as a previously unknown species of elusive deep-dwelling scavengers.

After conducting a thorough genetic analysis of sixgill sharks dwelling in the Atlantic, scientists discovered that these creatures differ from sixgill sharks native to the Indian and Pacific Oceans and therefore should be classified as a different species, called Atlantic sixgill shark.

"We showed that the sixgills in the Atlantic are actually very different from the ones in the Indian and Pacific Oceans on a molecular level, to the point where it is obvious that they’re a different species even though they look very similar to the naked eye," Daly-Engel, an assistant professor of biological sciences at Florida Tech, said, according to the university's official news website.

© Photo : Pixabay
Shark Capsizes Boat Throwing Man Into the Sea in Australia
The sixgill sharks are a genus of deepwater sharks that dwell thousands of feet below the ocean’s surface.

These creatures are among the oldest of Earth’s inhabitants, with their ancestors emerged 250 million years ago, long before the rise of dinosaurs.