The saltwater crocodile is considered one of the largest predators on Earth; males can reach seven meters in length and weigh up to two tons.

Two huge saltwater crocodiles, which had killed local cattle and measured  4.3 meters and 4.45 meters, respectively, have been caught in Australia's Northern Territory, according to the broadcaster ABC.

The reptiles were captured by Roger Matthews of Crocodile Catching Contractors, who said that he named them Gobbo and Croco to "honor" two of his friends who'd refused to help him with the catch.

Their fangs were only a bit shorter than the palm of an adult man and they were so large that they had to be transported using a tractor. 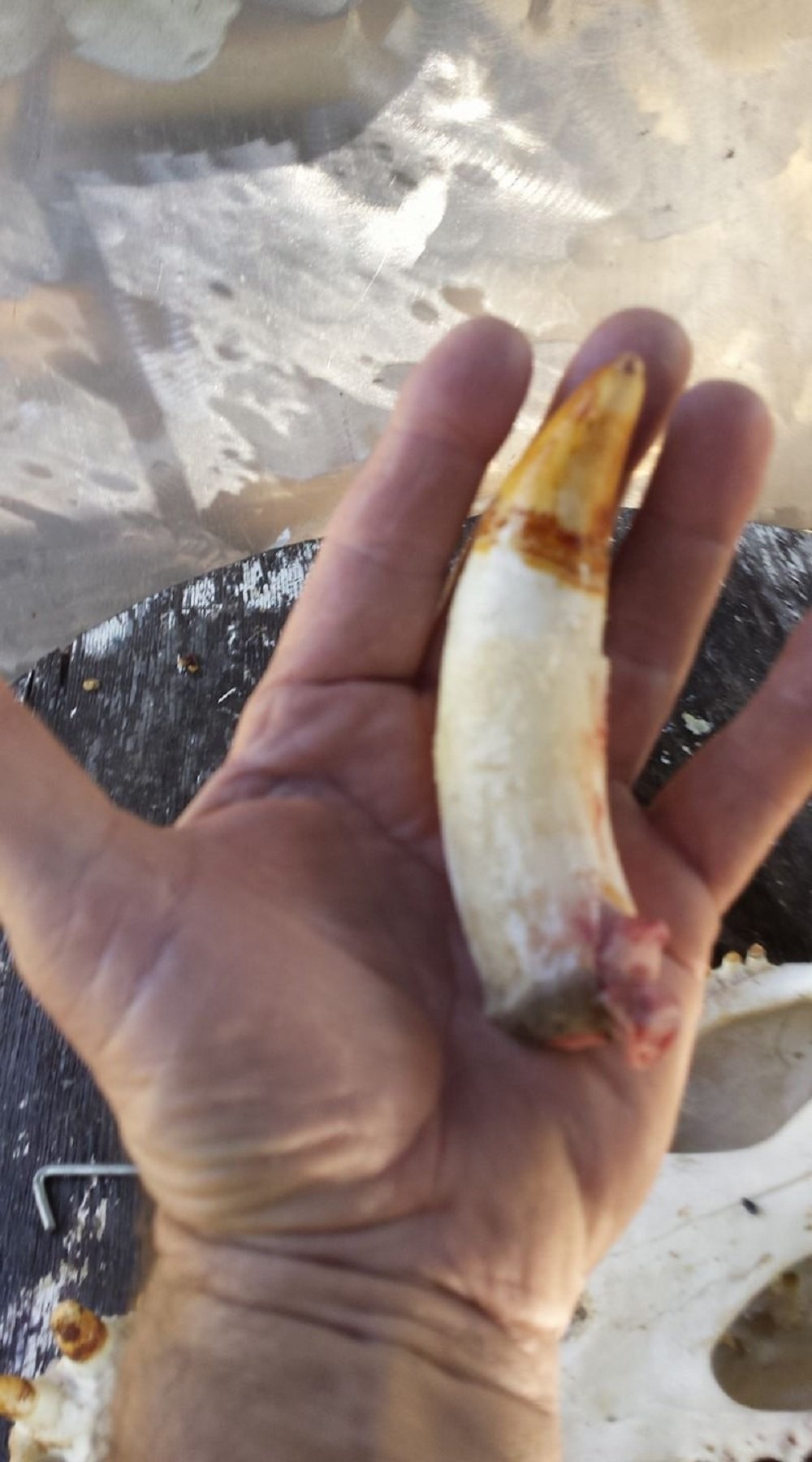 © Photo : Triple C crocodile catching contractors / facebook
One of the fangs of the crocodiles caught by Roger Matthews

Matthews said that he used a special hook to attract the crocodiles' attention and coax them to look out of the water. Then he threw a loop on their snouts so as to take them out.

"It's a procedure, but if you've never done it before it would probably look a little bit terrifying," he said.

The largest of all living reptiles, the saltwater crocodile is also considered the biggest riparian predator in the world.

Males of the species can reach seven meters in length and weigh up to two tons. The animal's habitat includes eastern India, the Southeast Asia countries, Papua New Guinea and northern Australia.