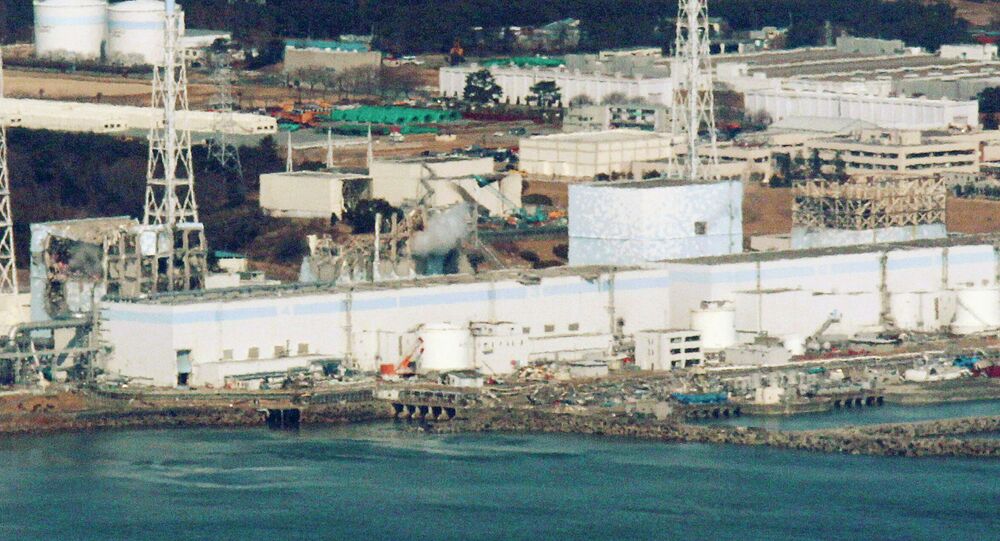 Lethal levels of radiation have been observed inside Japan’s damaged Fukushima nuclear power plant. And they are arguably way higher than you suspect.

According to Tokyo Electric Power Company (Tepco), radiation levels of eight Sieverts per hour (Sv/h) have been discovered within the Fukushima nuclear power plant, which was destroyed after a massive earthquake and a tsunami in March 2011.

© AFP 2020 / JIJI PRESS
Japanese Regulator Advocates Releasing Toxic Water Into Sea at Fukushima
Tepco, the company that operated the plant and is now tasked with decommissioning it, reported the discovery after making observations in a reactor containment vessel last month.

Eight Sv/h of radiation, if absorbed at once, mean certain death, even with quick treatment. One Sv/h is likely to cause sickness and 5.5 Sv/h will result in a high chance of developing cancer.

While 8 Sv/h is deadly, outside of Fukushima's Reactor Number 2 foundations of a much higher level of 42 Sv/h was detected.

A strange occurrence, and experts are still arguing what caused the discrepancy. One possible explanation is that cooling water washed radioactive material off debris, taking it somewhere else.

But here's a truly terrifying catch: according to the report, Tepco highly doubts the new readings, because, as was discovered later, a cover was not removed from the robot-mounted measurement device at the time of the inspection, NHK World reports.

© Photo
Japan Begins Disposal of Radioactive Waste From Fukushima Disaster
The levels of radiation within Fukushima reactor number 2 were so high that Tepco's toughest robot, designed to withstand 1000 Sv/h of radiation, had to be pulled out, as it started glitching due to high radiation levels. Nuclear experts called the radiation levels "unimaginable" at the time.

On November 2017, the New York Times and other news outlets reported a much smaller figure of 70 Sv/h of radiation, more or less on par with a 74 Sv/h reading gathered before an anomalous 530 Sv/h spike.

While that radiation dosimeter cover negligence prevents precise calculations, the actual picture inside Unit 2 is thought to be much worse.

Japanese state broadcaster NHK World quoted experts saying that if the cleaning of the stricken power plant is not properly addressed, it will result in major leak of radioactivity with "global" consequences.

Richard Black, director of the Energy and Climate Intelligence Unit, says that while the readings are not reliable, they still "demonstrate that, seven years after the disaster, cleaning up the Fukushima site remains a massive challenge — and one that we're going to be reading about for decades, never mind years."

Mycle Schneider, independent energy consultant and lead author of the World Nuclear Industry Status Report, criticized Tepco, saying the power company has "no clue" what it is doing.

In observing the poor maintenance of plant radiation leaks, Schneider also pointed out that the company stores nuclear waste at the site in an inappropriate way.

"This is an area of the planet that gets hit by tornadoes and all kinds of heavy weather patterns, which is a problem. When you have waste stored above ground in inappropriate ways, it can get washed out and you can get contamination all over the place."