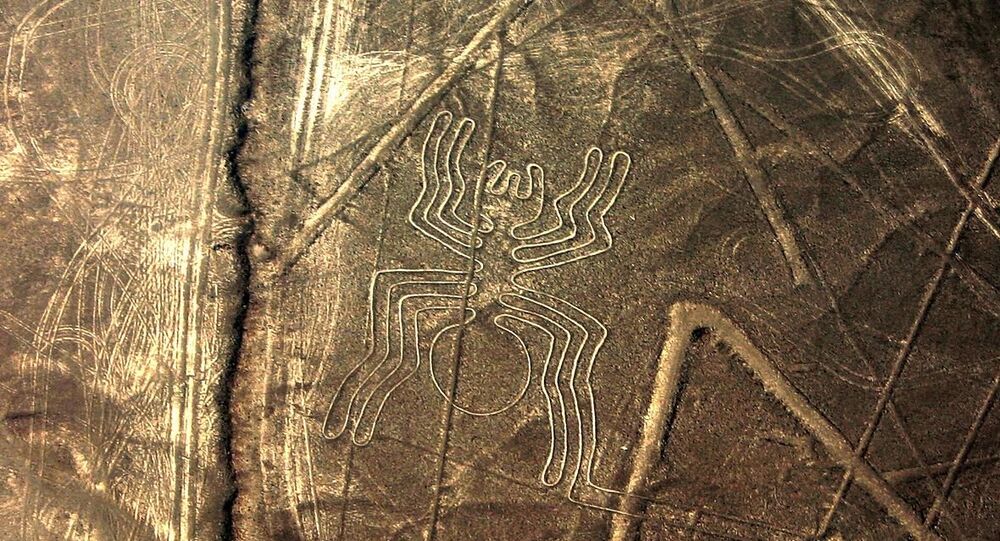 In a statement released Monday, Peru’s Ministry of Culture revealed that Peru’s ancient Nazca lines were recently damaged when a driver accidentally drove his cargo truck into the UNESCO World Heritage site on January 27.

The ancient lines in southern Peru are enormous drawings of animals, plants, geometric shapes and fantastical creatures, consisting of more than 10,000 lines etched into the desert sands around 2,000 years ago by the Nazca people. The 300 or so different figures are most visible from the sky or hilltops.

The large and detailed drawings have long fascinated archaeologists, who believe that the Nazca made the lines by excavating stone from the ground to expose light-colored soil containing lime, which protects the lines from erosion.

The Ministry of Culture statement reveals that the driver, identified as Jainer Jesús Flores Vigo, ignored warning signs, trudging his truck into the delicate archaeological site and causing considerable damage. Entering the historical site is prohibited by Peruvian authorities unless one is wearing appropriate foam-covered foot gear that does not damage the fragile art.

According to officials, the truck "left deep prints in an area approximately 100 meters long" and damaged "parts of three straight-lined geoglyphs."

The driver was eventually detained and charged by security guards at a local police station near the city of Nasca with the help of the National Police of Peru. The statement does not specify what charges the driver faces.

This is not the first time that the Nazca lines have been damaged.

In September 2015, a man was detained after writing his name on one of the geoglyphs.

Greenpeace activists also laid down large, yellow letters that read "Time for Change! The Future is Renewable" next to the world-famous hummingbird geoglyph in December 2014, leaving footprints in the desert. Peru officials called the act a "slap in the face at everything Peruvians consider sacred."

Greenpeace tweeted out an apology following the incident, stating, "Without reservation, Greenpeace apologizes to the people of Peru for the offense caused by our recent activity of laying a message of hope at the site of the the historic Nazca Lines. We are deeply sorry for this."