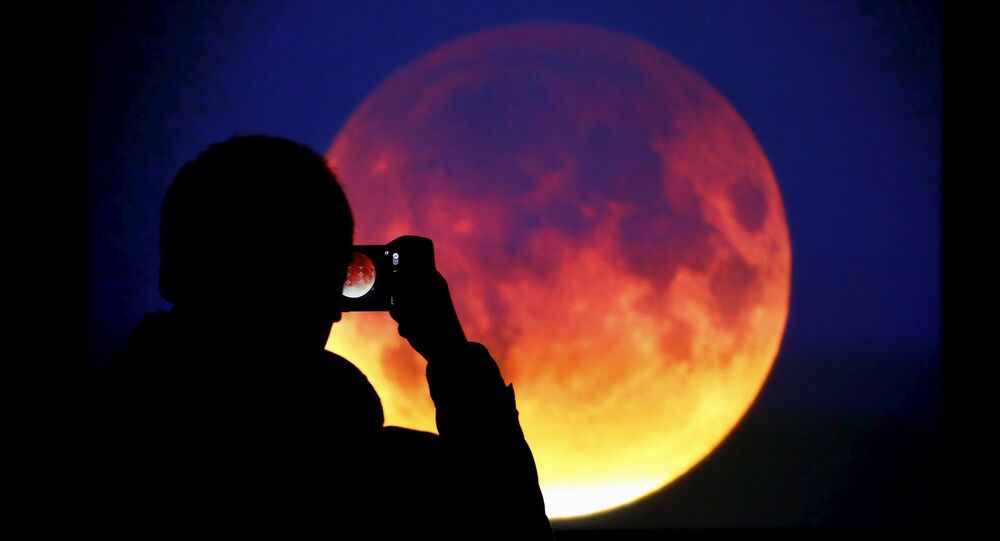 You don’t want to miss this. On the night of January 31, take a look at the sky because you’ll be gazing at a visible supermoon and -if you’re in the right place - a total lunar eclipse at the exact same time; an occurrence that hasn’t happened in over 150 years.

A supermoon, a full moon at its perigee, or nearest orbital point to Earth, is the last in a string of three supermoons: the first on December 3 and another on January 1. Since the upcoming supermoon will be a second full moon in one month, it is also considered a blue moon as well.

© AP Photo / File
US Braces for Solar Eclipse: The Facts You Need to Know Before It Arrives

According to NASA, visible supermoons look some 14 percent larger and 30 percent brighter than full moons that take place at the apogee, or farthest point in the moon's orbit from the Earth. During an eclipse, the moon appears reddish because of the bending of the Sun's light around our planet. This is why totally-eclipsed moons are also called "blood moons."

The prime time to look at a supermoon is just after local moonrise or just before sunrise. The supermoon appears biggest and brightest at this time because of the "moon illusion," which causes the moon to appear larger than other surrounding objects.

Even if you aren't in the path of totality, you can view The Virtual Telescope's livestream of the supermoon eclipse, starting at 6:30 a.m. ET (11:30am UTC).

The supermoon and the lunar eclipse are — unlike a solar eclipse — totally safe to look at with the naked eye. So, don't be afraid to gaze at the sky for as long as you desire.