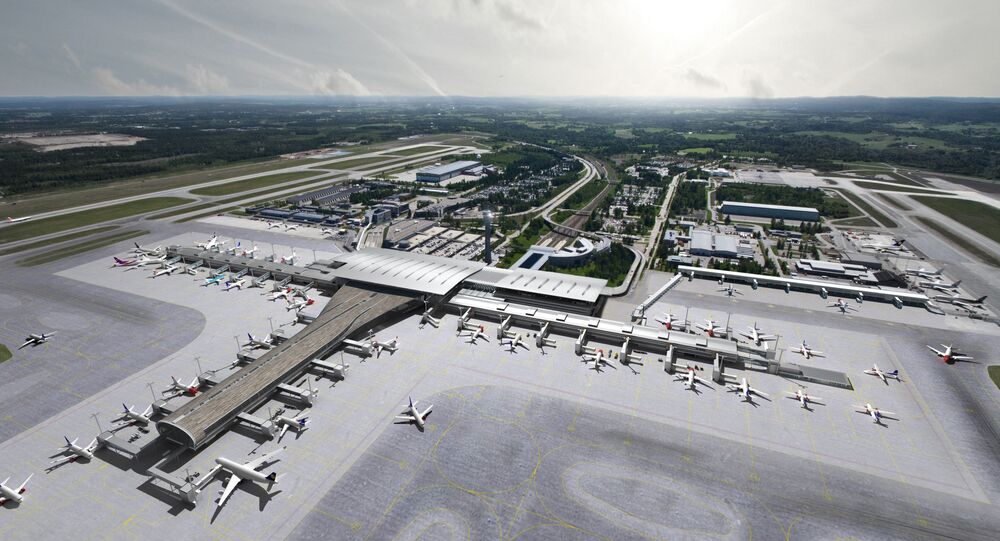 'Green Shift': Norway Poised to Switch to Electric Planes in 2040

Despite being West Europe's primary producer of oil and gas, Norway has emerged as world leader in electric vehicles. The Nordic nation aims to make its aircraft industry completely green in a little more than two decades.

At present, the polar Svalbard airport is already partly operated using by solar power, whereas at Oslo Airport winter snow is stored for use as coolant in the summer. Apart from having pioneered this method, Oslo Airport has become completely climate-neutral.

According to Dag Falk-Petersen, the CEO of Avinor, a state-owned company that manages most of Norway's airports and claims to be a world leader in biofuel use and electrification, the "green shift" is imminent and will become a boon for world aviation.

"By 2040, all air traffic here in Norway will be electric-driven," Dag Falk-Petersen told national broadcaster NRK. "We start small by developing and implementing the changes in the short-range network for the whole country to be later operated via electric aircraft in passenger traffic," he added.

Norwegian Environment Minister Vidar Helgesen ventured that green measures are all the more important given that the role of air travel will increase sharply in the future, calling biofuels and electrification particularly appealing solutions.

Oslo airport became the first airport in the world to supply sustainable aviation fuel to all airlines refueling at the airport. See how airports are reducing their carbon emissions #ClimateAction #COP23. @UN_CarbonMechs @Oslolufthavn pic.twitter.com/BL0S7je1Cy

​According to Helgesen, Avinor's ambitious targets imply that short-haul traffic will be the first to become completely electric by 2030, with the remainder of Norwegian air traffic following within only a decade.

© AFP 2020 / JONATHAN NACKSTRAND
Green Thumbs Up! Norway to Pioneer Electric Jets in Arctic
Despite the current lack of infrastructure for electric aircraft in Norway, the Nordic country is poised to conduct an experiment and is looking forward to receiving its first electric aircraft later this year. The proponents of green aviation argue that electric aircraft ultimately will become cheaper in service than traditional ones, despite the fact that Norway is already one of Europe's leading consumers of electricity due to cold climate and a well-developed industry.

Before a complete electrification of air traffic, however, Norway will see a transition phase.

"In the first place, air traffic has to switch to more biofuels. Today, 1.25 million liters of biofuel is being filled into planes at Oslo airport, but this share is going to be upped," Helgesen said.

According to Helgesen, Norway's "green crusade" will send a strong signal to the rest of the market in terms of environmental development. Additionally, more investment decisions on the production of biofuels are being made based on Norwegian raw materials, which makes biofuels all the more sustainable.

​Avinor CEO Dag Falk-Petersen argued that the fact that Norway's airport network is almost entirely unified under one player makes the Nordic country particularly interesting worldwide, lending it wings for becoming world leader in this area.

"We have infrastructure and we have customers here in Norway, and now we are seeing an increasing interest from both Airbus and Boeing," Dag Falk-Petersen said.

Avinor senior adviser Olav Mosvold Larsen argued that 2025 is the year when the first electric passenger plane will take flight from a Norwegian airport.

One last time at #Svalbard airport. #ACLOUD was a success! Now it's time to return to #Germany and start looking into the data. #arktis17 pic.twitter.com/egAN1ChMwK