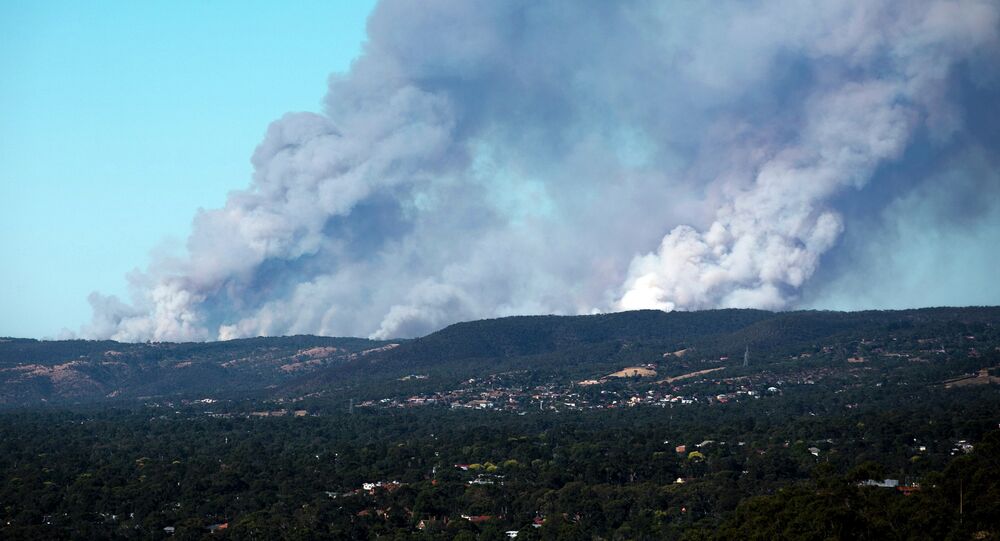 If kangaroos and platypuses are not enough to slake your thirst for weird wildlife downunder, here’s another: Australian birds of prey that deliberately set fires to flush prey.

While the Northern hemisphere celebrates holidays and delights in snow, Australia is struggling with intense summer heat, strong enough to set woods alight. And while Australian firefighters go out of their way to battle the ongoing environmental catastrophe, local birds keep spreading the fire.

According to a paper published at Bio One there are not one, but three species who share arsonist behavior: the Black Kite (Milvus migrans), Whistling Kite (Haliastur sphenurus), and Brown Falcon (Falco berigora).

​Researchers have confirmed that the so-called firehawk congregates in the hundreds along fire fronts, picking up burning sticks, carrying them for up to half a mile, and dropping them into dry grass.

"The imputed intent of raptors is to spread fire to unburned locations — for example, the far side of a watercourse, road, or artificial break created by firefighters — to flush out prey via flames or smoke," the researchers write.

The goal of the behavior is seemingly obvious — to lure large numbers of prey out of the woods. A torrent of rodents make an appropriate meal for a hundred hungry raptors.

Researchers noted that fire spreading is not an instinctive solo behavior, but rather a coordinated effort, much like a pack hunt.

"There's a purpose. There's an intent to say, okay, there are several hundred of us there, we can all get a meal," Australian ethnobiologist and ornithologist Bob Gosford says.

The study confirms what aboriginal Australians have known for thousands of years.

"Most of the data that we've worked with is collaborative with Aboriginal peoples… They've known this for probably 40,000 years or more," the researchers write. "We're not discovering anything."

In recent times, avian fire spreading has been documented by indigenous doctor and activist, Phillip Waipuldanya Roberts, who wrote in 1964:

"I have seen a hawk pick up a smouldering stick in its claws and drop it in a fresh patch of dry grass half a mile away," he wrote in his autobiography, "then wait with its mates for the mad exodus of scorched and frightened rodents and reptiles."

Fire has been perceived by developed Western cultures as a unique human tool. While birds cannot start fires from scratch, spreading them is "the next best thing," says Mark Bonta from Penn State Altoona, in Pennsylvania. If the researchers' hypothesis that fire hunting is coordinated is correct, then we have more competition than we thought.