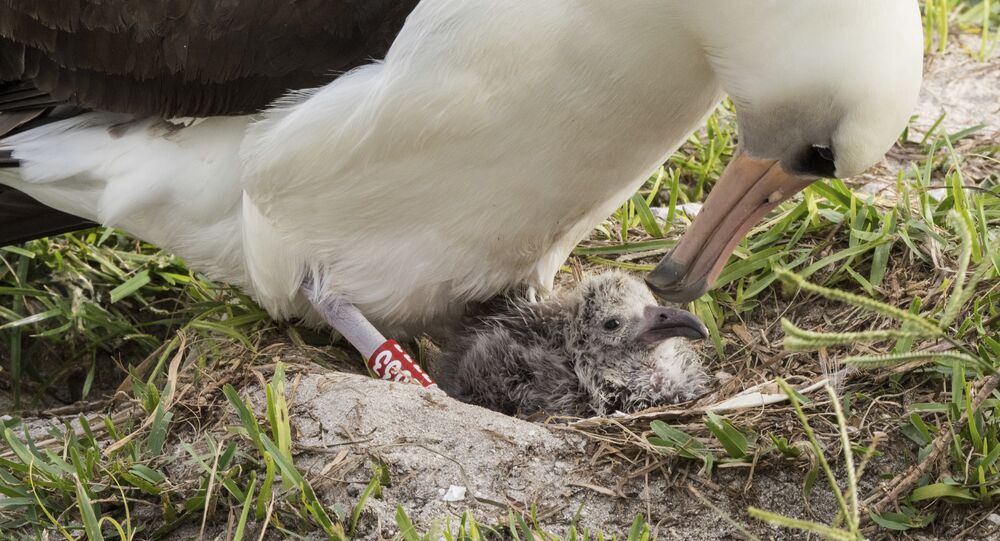 According to experts, the long-lived avian has given birth to up to 40 chicks so far, making regular appearances at Midway Atoll in the North Pacific Ocean. Now the supermom is back again, getting ready to welcome a new nestling.

A Laysan albatross called Wisdom is a living wonder: She is the world's oldest known breeding bird in the wild, and still enjoys good health and is even still reproducing. Even scientists were left stunned by this unprecedented occurrence, especially considering that the lifespan of this species is usually around 50 years.

© REUTERS / Brian Snyder
Fowl Play? The Great Turkey Scam Leaves Brits 'Well Stuffed' Over Birds' Origin
The United States Fish and Wildlife Service (USFWS) confirmed that the 67-year-old bird returned to the Midway Atoll National Wildlife Refuge, US, in late November together with her mate, Akeakamai, where she laid an egg.

Laysan albatrosses only lay one egg per year, with both parents taking turns to incubate it. Throughout her long life, Wisdom has raised some 30-35 chicks, as estimated by experts. The bird has outlived several mates and traveled a whopping three to five million kilometers since 1956 when she was first tagged by USFWS biologist Chandler Robbins.

This 67 Year-Old Bird Still Has Blood in Its Veins

A Bird's Story: How to Get Lost in the Pacific and Create Entirely New Species