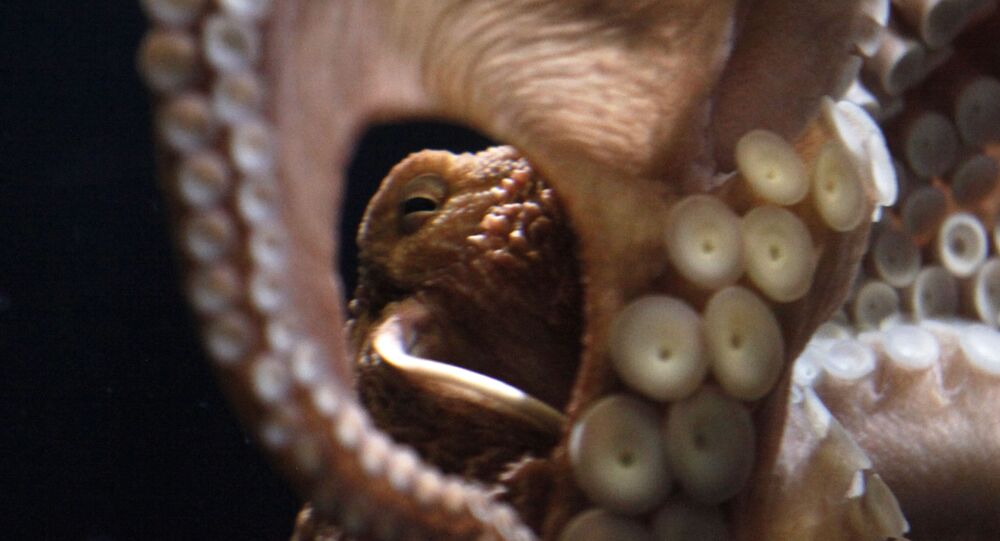 Seven years ago, researchers managed to obtain DNA evidence of an octopus which was genetically distinct from the giant Pacific octopus, ranging from California to Alaska to Japan.

Scientists from Alaska Pacific University have discovered a new species of the world's largest octopus, which can weigh up to 150 pounds (about 68 kilograms).

Back in 2012, scientists managed to find DNA evidence of an octopus which was morphologically different from the giant Pacifica octopus ranging from California to Alaska to Japan.

@Regranned from @the_barefootwalker — Curious fact: The giant Pacific octopus grows bigger and lives longer than any other octopus species. The size record is held by a specimen that was 30 feet across and weighed more than 600 pounds. Averages are more like 16 feet and 110 lbs pic.twitter.com/X5skOycref

The new species was detected in the waters of Prince William Sound in Alaska.

In their research, published by the journal BioOne, Nate Hollenbeck and David Scheelbn of Alaska Pacific University specifically focused on the visual description of the species 21 Enteroctopus dofleini.

Of all the animals ke… pic.twitter.com/ToR0GS1WLu

At least seven of them can be visually identified as distinct from the giant Pacific octopus, according to the researchers, who noted that the new species is yet to be fully described and obtain a scientific name.

Unlike Enteroctopus dofleini, the "frilled giant Pacific octopus" has raised fleshy bumps on its skin and two white spots on its head.