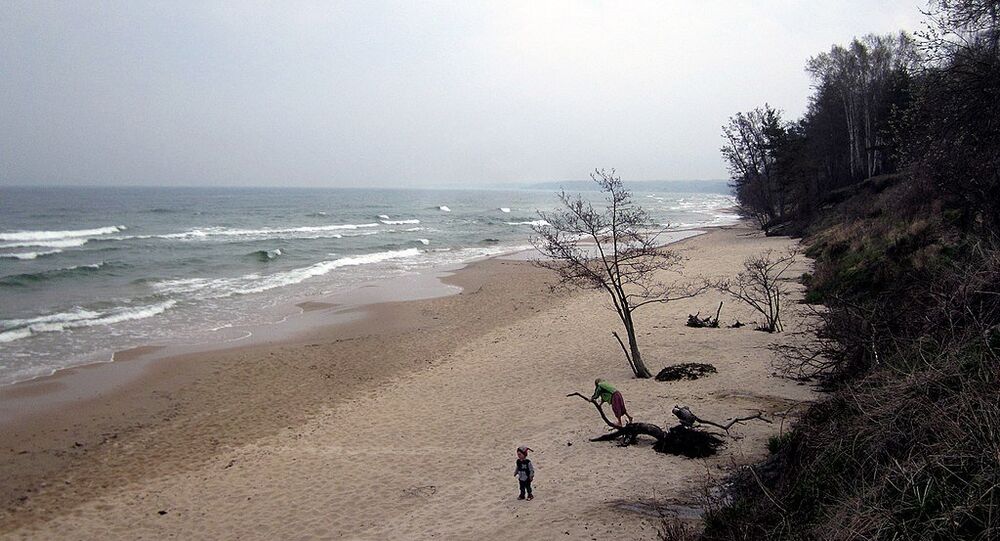 While Swedish authorities remain undecided regarding which strategy to adopt to thwart rising sea levels, which may totally change the country's seaside only decades from now, researchers have demanded that millions of cubic meters of sand be earmarked to offset the coastline erosion.

To combat the coastal erosion along the southern coast of Sweden's southernmost province Skåne alone, 44 million cubic meters of sand will be needed, researchers at Lund University have calculated.

Due to the climate change, the world's ocean levels are expected to rise by one meter by 2100. The drastically rising seawater may particularly severely affect southern Sweden, where the sandy beaches are at a low elevation and face a greater risk of erosion.

"It's no longer the case that the sea gives and the sea takes. Now we are approaching a new paradigm, in which the sea only takes. From everywhere," Hans Hansson, a professor of technical water resources at Lund University told Swedish Radio.

© CC BY-SA 3.0 / Ireen Trummer
Butterfly Effect: Future Finnish Gold Mine Destroys Protected Insect Habitat
To stop this process, the researchers want to use a method called "beach feeding," which implies sucking sand from the sea and placing it on beaches. Although widely used in the Netherlands, only one municipality in Sweden has utilized this method.

Once provided with ample sand, scientists hope to create sustainable "self-healing" coastal systems, which would also serve as protection against flooding. The problem is competition with the construction industry, which is also a major consumer of sand. The 44 million cubic meters of sand the researchers desire constitute 6 percent of Sweden's recoverable marine sand resources.

At present, there are divided opinions in the Swedish academia on what strategy to employ to fight the rising sea levels. One project seeks to encourage more people to withdraw from the dangerous coastline, where 23,000 houses will be threatened in Skåne alone, according to the County Administrative Board.

According to Per Danielsson of the Swedish Geotechnical Institute (SGI), the water is most likely to rise two to three meters in the future, rendering swaths of land uninhabitable.

"One should start getting used to the fact that communities cannot be situated near water. You have to let the water take place," Danielsson told Swedish Radio, advocating a strategy of "planned retreat," which, he argued, would allow Swedish communities to grow safely amid the global flood.

© CC0
Out of Head: Microplastics in Seawater Makes Fish Go Nuts
However, this strategy, which received close to SEK 9 million ($1 million) in state support, is often questioned by municipalities, which have plans of their own for the attractive coastline landscape. Even some researchers, such as the aforementioned Hans Hansson, would like to see a reverse strategy, more daring in terms of coastline exploration.

"It's what we usually call 'attack strategy.' You don't have to retreat and retreat and retreat, because it costs a lot and contributes to nothing," Hans Hansson said, calling to raise the entire coastal area for secure exploration. "Then you'll have the area protected and your pockets full of money," he argued.