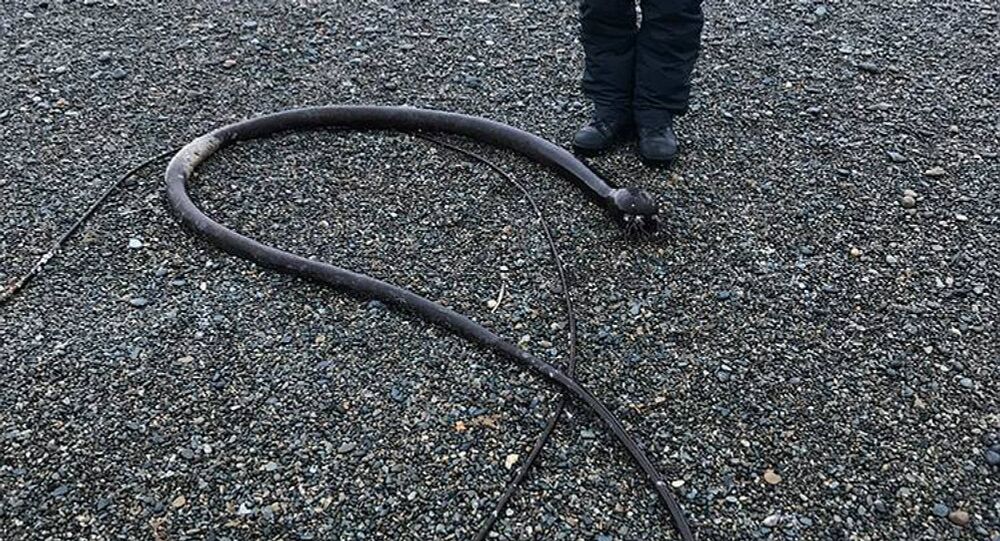 The invasion of huge serpent-like “monsters,” reaching more than 20 meters in length, left villagers on to the Chukotski Peninsula puzzled and scared. However, when specialists studied these “sci-fi horror movie creatures” to find out their origin, the answer turned out to be terribly trivial.

After local residents reported that mysterious "water snakes" had washed up on the coast of Chukotka, which were allegedly unknown to science, experts from the Beringia National Park studied the samples to find out what exactly these "creatures" were.

"Brown ‘heads' and ‘bodies,' which were showing up from the water, attracted attention of sailors from cargo ships passing along the north of the Bering Sea. According to some of them, those creatures were most likely large worms or the sea snakes unknown to science. Others thought those objects were of anthropogenic origin. Several people were sure those were some kind of ‘mutants'," the Beringia National Park wrote in a press release.

© CC0 / Pixabay
Video of 'Alien' Insect Will Leave You Sleepless for Days
It turned out there was no reason for panic — as scientists revealed, those objects were brown algae brought from the Pacific coast.

Called Nereocystis luetkeana, these aquatic organisms can reach 25 meters in length. At the end of such seaweed, there is a bubble with a diameter of up to 20 centimeters, which looks like the serpent's head. According to Beringia National Park's report, these algae are completely unfamiliar to the Chukotski Peninsula.

Common for North America's Pacific Coast, Nereocystis luetkeana break away from the ground in December and travel across the ocean. Usually, they are thrown out on the coast of the Aleutian and Commander Islands, and only some of them reach the southern Kuril Islands.