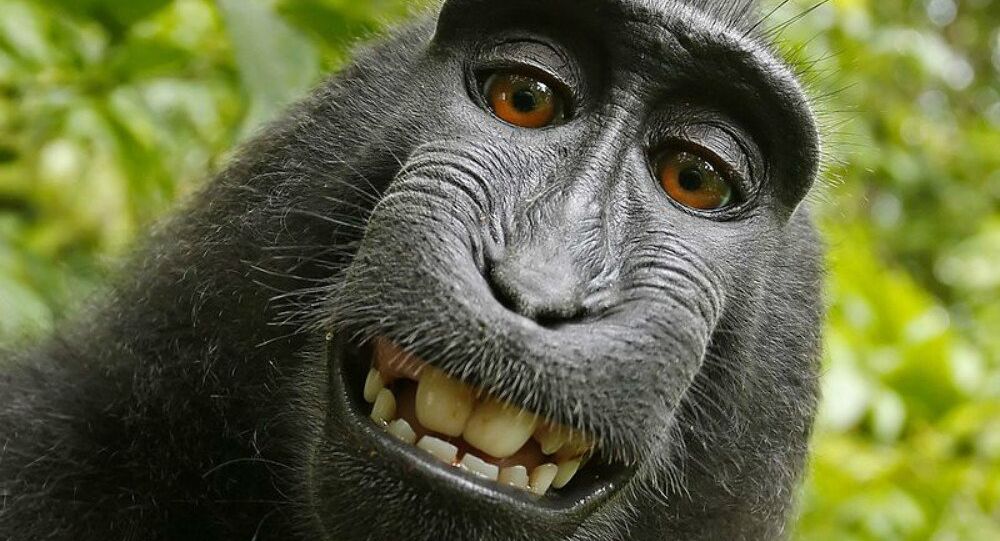 Smile for the Camera: Naruto the ‘Selfie Monkey’ Becomes Person of the Year

A prominent animal rights group has awarded the Person of the Year title to the legendary ‘selfie monkey’ that became an Internet sensation six years ago.

The People for the Ethical Treatment of Animals (PETA) animal rights organization has named Naruto, a crested macaque from the island of Sulawesi, the Person of the Year.

Naruto’s ascent to fame happened in 2011 when the monkey managed to snap a selfie using a camera set up by a British nature photographer David Slater.

© AFP 2020 / ALEX OGLE
Major Monkey Trouble: Chinese Couple Try to Steal Macaques from the Zoo
The picture of the grinning monkey went viral and eventually attracted the attention of PETA.

The animal rights group filed a lawsuit claiming that Naruto should be recognized as the author and owner of the photo, thus attempting to set a legal precedent for animals being declared copyright holders.

Slater however insisted that he owns the rights for the pictures as he was the one who set up the camera, with the monkey merely pushing a button when the photographer walked away for a few minutes.

In 2016 the court ruled in Slater’s favor, but following an appeal by PETA the sides have agreed on a settlement in which the photographer is expected to donate 25% of the revenue generated by the photos to help protect the habitat of crested macaques in Indonesia.

Best Buddies! Two Pooches and Puss Who Enjoy Doing Everything Together (PHOTOS)