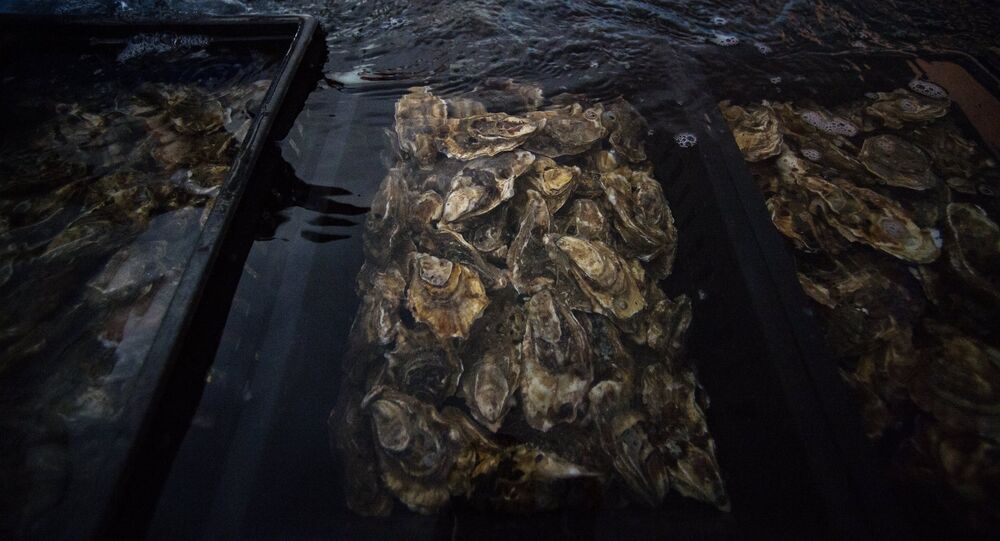 Seafood lovers are unknowingly eating thousands of pieces of plastic each year, according to studies by the University of Ghent and University of Belgium.

"We piled up the thousands of plastics a regular seafood eater would consume in a year and the results were really quite shocking. People do not want to eat any plastic, let alone this amount," Marine scientist Adam Porter from the University of Exeter said.

Independent research by the Exeter team revealed that plastic fibers were found in almost every one of hundreds of mussels examined. The researchers also placed microscopic pieces of fluorescent PVC in the water to simulate waste in the sea. They noticed that shellfish filter-feed on plastic the same way they do on plankton.

According to Dr. Tamara Galloway from Exeter University, " [the plastic] stays in their gut" and the shellfish try to digest it instead of expelling it as useless waste. In turn, that plastic is then consumed by larger fish who eat the shellfish, too.

The biggest cause for concern is seafood that is eaten whole, according to Porter.

"We are not cleaning the gut out, which is where most of the plastic is. So when we are eating something whole, we are eating whatever that fish has eaten. Suddenly there is a potential for us to be ingesting plastic from those little anchovies which we are eating whole," he said.

Researchers are still unclear on whether eaten plastic goes through our guts and then into body tissues and claim that more research needs to be done before any conclusions can be made regarding the threat of plastic on human health.

However, Belgian researchers at the University of Ghent have already concluded that "the presence of marine microplastics in seafood could pose a threat to food safety."

Last week, the Marine Conservation Society announced that Britain is "choking in plastic." Since 2008, there has been a 27 percent increase in plastic and polystyrene across the UK coastline.

"Plastic waste is out of control in London. It litters our parks, pollutes the Thames, harms marine life, and adds waste to London's landfill sites, which may be full by 2025," according to Leonie Cooper, a national executive of the British Socialist Environment and Resources Association.

The United Nations has committed to reducing plastic waste substantially by 2025 and environment ministers around the world plan to meet in Nairobi, Kenya, next week to come up with plans to eradicate plastic waste, Telesur reported.

"Many people blame beach users for not putting their litter in the bin, they blame fishermen for dumping waste, but our study shows the majority of waste is made up of fragmented plastics which have been in the sea for a long time and broken down — and these come from all of us," Porter said.

"We need to use plastics responsibly, and they need to be recycled to protect the hundreds of animal groups known to be swallowing this waste," he added.