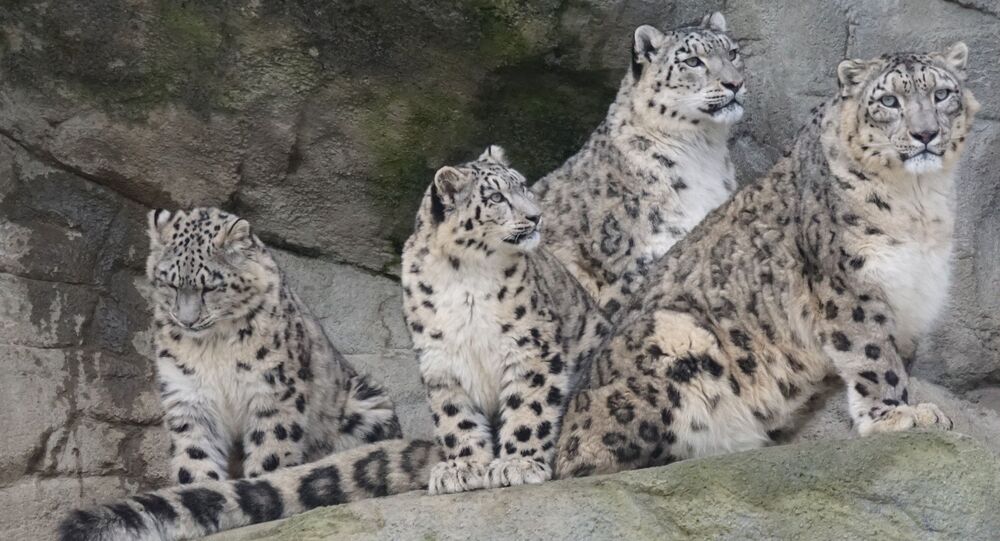 Camera traps, set up at the hardly-accessible area of Zona Pokoya Ukok Nature Park in Siberia, have finally snapped several pictures of a female snow leopard with two cubs, the press service of Sailyugemsky National Park told Sputnik. "After analyzing the images, we can say that these kittens are about six months old," said Alexei Kuzhlekov, a member of the nature reserve.

The animals, which are listed as Vulnerable on the IUCN Red List of Threatened Species, haven't been seen in this area for more than a decade — only some traces implying that snow leopards might be living there were noticed in August during an expedition to study these rare felines. Ten motion-sensor cameras were then installed along the Russian borders with Kazakhstan and Mongolia for the first time.

© East News / Gerard LACZ
China's 'Vulnerable' Snow Leopards Remain in Danger
​Specialists will now make profiles for each big cat, that will include tracking information (scratch marks and paw prints), as well as DNA analysis of hair and dropping samples. The data will be added to the "Irbis," a unique online database developed by the WWF in 2015, which contains information on all known snow leopards in Russia.

As of 2017, there are just 70-90 individuals living in the country, and about 15 of them are thought to inhabit the territory of Sailyugemsky National Park. Scientists hope that with a proper protection system the number of snow leopards at the Ukok Plateau will expand.