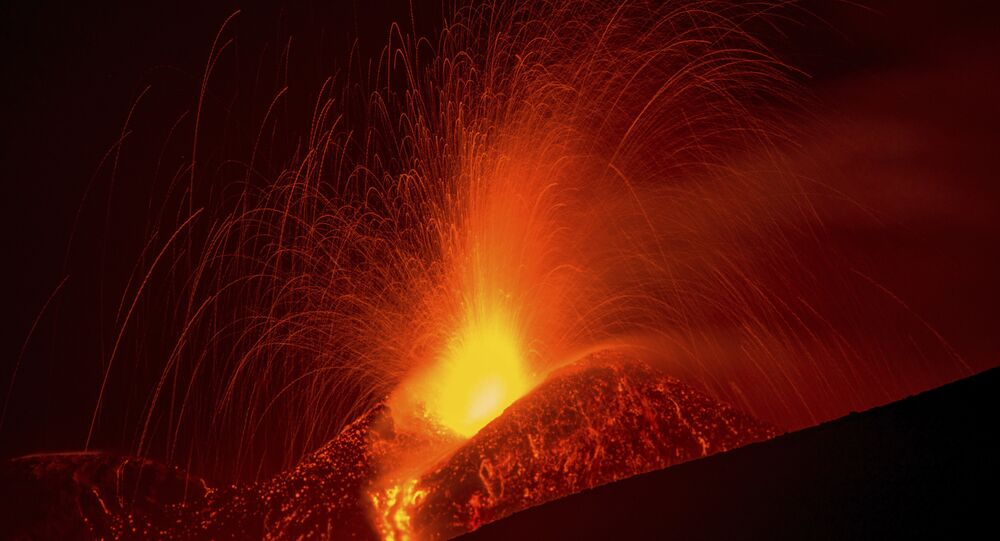 Volcanologists on the island of La Palma, in the Canary Islands, are wondering whether the Cumbre Vieja volcano is about to erupt after 40 recent tremors took place over 15 hours this past weekend. If the volcano does erupt, it could trigger a tsunami.

Cumbre Vieja, Spanish for "Old Summit," last erupted in 1971. It had erupted previously in 1949. However, with recent seismic movements ranging between 1.5 and 2.7 on the Richter scale, scientists have set up a special hydrogeochemical monitoring program to monitor the volcano.

According to The Sun, La Palma, with its 86,000 residents, is considered to be the most active of the volcanic aisles of the Canary Islands, a Spanish archipelago off the coast of northwestern Africa.

In addition, scientists are taking samples of subterranean waters and pH levels, conductivity and dissolved gas activity from several locations in the volcano multiple times a week to monitor its activity, the Independent reported.

According to Iain Stewart, professor of geoscience communication at the University of Plymouth, told the Independent that the possibility of a mega-tsunami occurring as a result of the volcanic activity is unlikely.

"The possibility of a catastrophic collapse of the volcano is a really controversial issue amongst geologists. There has certainly been large chunks of the volcanic island that have detached in the distant past, presumably associated with volcanic activity," Stewart noted.

"But there's no evidence that this has happened in the last 10,000 years, and no signs that the collapse was so big and sudden that it produced huge tsunamis. It is theoretically possible, but most geologists think that smaller more localised collapses of the steep sides is more likely."

Although Stewart warned that small, local tsunamis from an eruption might pose a danger to nearby islands, a terrifying ‘transoceanic' tsunami like that seen in the Indian Ocean in 2004 is "unlikely."

Just last month, some 11,000 residents on Ambae, one of the islands that make up the South Pacific island nation of Vanuatu, were evacuated after officials declared a state of emergency following an increase in the Manaro volcano's seismic activity.

In 2011, residents of El Hierro, one of the Canary Islands, were evacuated after a volcano deep in the nearby seabed showed evidence of erupting.

'It Broke My Heart': First-Hand Accounts of Ambae Evacuation Amid Volcano Threat