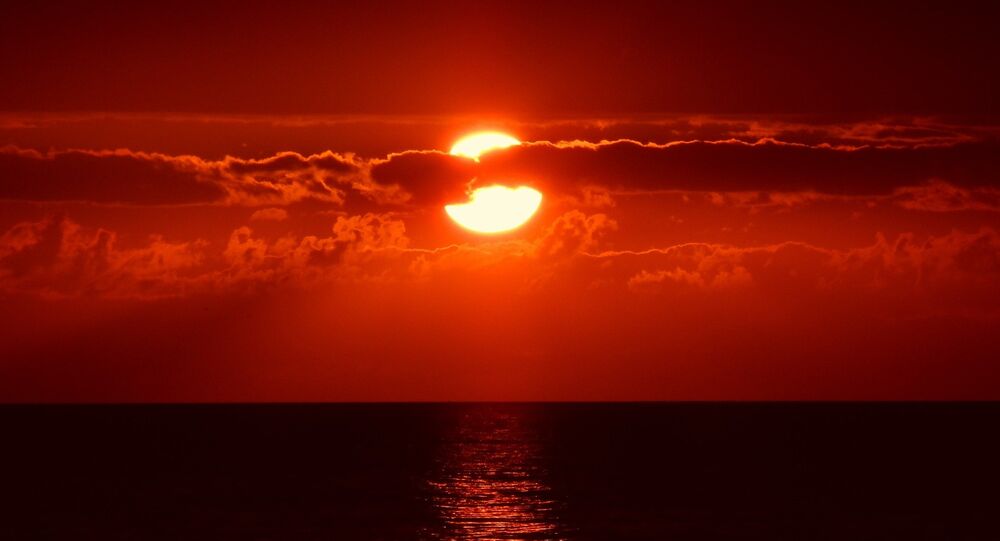 Red Sun Freaks People Out Across England, Hurricane Ophelia and Fires to Blame

Millions of people across England noticed the sun taking on a reddish appearance on October 16. The sinister, slightly apocalyptic vision had some people freaking out on social media.

The phenomenon was spotted from as far south as Plymouth and as far north as Newcastle and was clearly visible in London.

One theory was that it was caused by Hurricane Ophelia sucking up dust from the Sahara and making the sky take on a scarlet sheen.

People reacting to a bit of Saharan sand in the sky like #redsun pic.twitter.com/BpLKadR47W

​Forest fires in Portugal and Spain, which have killed 31 people, are also believed to be a contributing factor.

Caused by Saharan dust being drawn northwards by #Ophelia, we have welcomed an incredibly beautiful #RedSun on campus today. pic.twitter.com/KXipQVKRXb

The dust makes blue light, which has a shorter wavelength, scatter and therefore appear red.

The Met Office said the "vast majority" of the dust was caused by forest fires in Iberia and smoke and fire debris had been dragged north by Hurricane Ophelia.

An #amber weather warning for Ex-Hurricane #Ophelia has been issued, but what does that mean? Stay #weatheraware https://t.co/EFVGlpF0N1 pic.twitter.com/dpFKpp5XD6

But many people on social media had more fanciful theories.

Some claimed it signalled the coming of Azor Ahai, a legendary warrior from Game Of Thrones.

‘Preparations Should be Rushed to Completion’: UK and Ireland See Rare Hurricane

Spoilers ... How Game of Thrones Ensures Fans Know Nothing About Show's Ending

Almost 37,000 People Evacuated in Canada Over Outbreak of Forest Fires