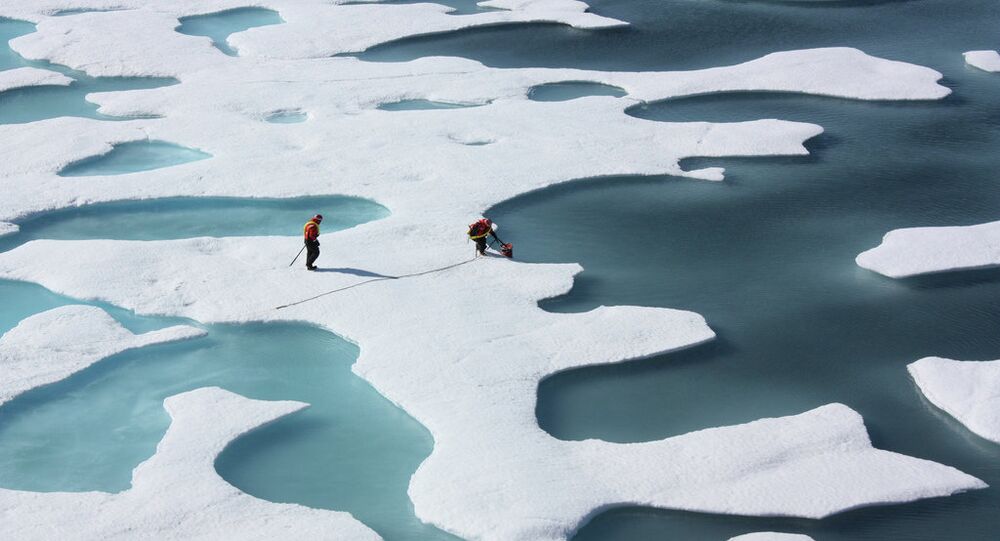 How Geoengineering Became a Whip for US President Trump

Geoengineering has seen a surge of publicity recently, thanks to a Berlin conference on the issue. This is a story of how a scientific field became clumsily weaponized against the president of the US.

There is a new trendy word in town — ‘geoengineering.' This week alone has seen a large amount of publications on the issue, both fiercely opposing or energetically supporting the new area of research.

This is due in part to research scientists, policymakers and ethicists who gathered in Berlin to discuss an emerging field of scientific knowledge that aims to tackle the hot-button issue of global warming by means of proactively engineered man-made technological solutions — as opposed to passive carbon gas emissions reduction strategy.

"The four-day conference has been organized by the Institute for Advanced Sustainability Studies (IASS) in Potsdam, Germany, and includes speakers and participants from across the world, including Japan, Jamaica, the US and India," CarbonBrief reported.

"If you're really concerned about coral reefs, biodiversity [and] food production in very poor regions, we're going to have to deploy negative emission technology at scale," said Bill Hare of Climate Analytics, a science and policy institute in Berlin, according to the Guardian. "I don't think we can have confidence that anything else can do this."

For the time being, however, the central figure in the geoengineering spotlight is David Keith, a Canadian professor from Harvard University who leads a multi million-dollar solar geoengineering research project. Earlier this March, he made headlines after his team announced a geoengineering experiment in New Mexico — a test devoted to determine how spraying sun-reflecting chemicals would affect climate readings at a certain area.

"I'm extremely frustrated by how slow it's been to get real action on cutting emissions," Keith, according to CBC.

But, as with all prominent topics, the battle quickly become political. Guess who's the guilty guy this time? Right, Donald Trump, the US President.

Earlier in March, many major news websites, including the Guardian, published some panic-inducing articles with words like "dangerous" or "planet-hacking experiments," all citing a reaction to Keith's announcement by the ETC Group, a "technology watchdog," based in Ottawa, Canada.

All of them quoted the ETC Group's Latin America Director, Silvia Riberio, saying:

"Clearly parts of the Trump administration are very willing to open the door to reckless schemes like David Keith's, and may well have quietly given the nod to open-air experiments," said Riberio.

"Worryingly, geoengineering may emerge as this administration's preferred approach to global warming," she added. "In their view, building a big beautiful wall of sulphate in the sky could be a perfect excuse to allow uncontrolled fossil fuel extraction."

"We need to be focusing on radical emissions cuts, not dangerous and unjust technofixes," she said.

© Sputnik
Is There Really a Link Between Climate Change and Extreme Weather Patterns?
It should be noted here that Riberio's knowledge on the topic at the time was somewhat out of date, as the Harvard publication by Keith's team explicitly said that sulfates were no longer state of the art, and that the team had come up with another agent that presumably could help to shrink the carbon footprint of the developed world. Oh, and just to make sure: the 2018 experiment is going to a be a small one, not the global climate-changing doomsday extravaganza.

But make no mistake, it's not about Keith, it's about Trump, because it is all about Trump these days.

In March the abovementioned major media websites focused on how high-ranking officials lobbied for geoengineering, which was a no-no during the Obama administration. All publications point to the same three people: David Schnare, an architect of Trump's Environmental Protection Agency transition, former House Speaker and Trump confidant Newt Gingrich and current US Secretary of State Rex Tillerson.

One day after the publications, ETC Group published a lengthy memo on the three on their website.

Back in 2010, when Tillerson was still with Exxon, he said the following:

"And as human beings as a — as a — as a species, that's why we're all still here. We have spent our entire existence adapting, OK? So we will adapt to this. Changes to weather patterns that move crop production areas around — we'll adapt to that. It's an engineering problem, and it has engineering solutions. And so I don't — the fear factor that people want to throw out there to say we just have to stop this, I do not accept."

Later in March, Keith published his own piece in the Guardian. Addressing the issues of fear and misunderstanding related to his work, he wrote:

"Healthy fear can distort discussion in unhealthy ways. A reader glancing at recent coverage in the Guardian […] might assume we were capitalistic tools of Donald Trump, eager to geoengineer the planet, democracy and justice be damned."

"The […] piece hypes a link to Trump, but if Trump were to push solar geoengineering while gutting climate science, we believe the only appropriate response is active resistance," he stated.

This week, Keith spoke on the sidelines of the abovementioned Berlin conference, on geoengineering.

"One of the main concerns I and everyone involved in this have, is that Trump might tweet ‘geoengineering solves everything — we don't have to bother about emissions.' That would break the slow-moving agreement among many environmental groups that sound research in this field makes sense," Keith said.

The quote was relayed by The Guardian, under a headline "Geoengineering is not a quick fix for climate change, experts warn Trump."

It's no secret Donald Trump wants to pull the US from the Paris Agreement on carbon emissions. It is also known he is going to do it in accordance to the agreement's rules (see this analysis by the Atlantic for more info on Paris agreement withdrawal procedure).

But the Trump Administration has not yet advocated for geoengineering as a "quick fix" for the climate change. In the meantime, scientists cautiously pursue scientific knowledge, in their quest to learn more about the technology in their early stage of development.

Therefore, the question remains — why all the emotions?