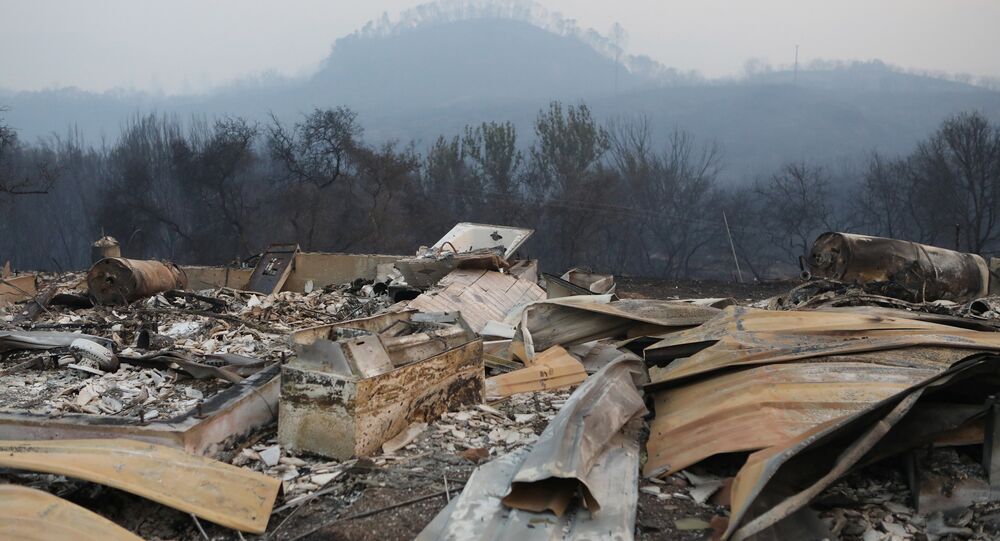 At least 29 people have died since Sunday night when wildfires first began to spread across California, state officials said Thursday.

"We have had big fires in the past," California Governor Jerry Brown said at a Wednesday news conference. "[But] this is one of the biggest, most serious, and it's not over."

Echoing Brown's statement, Cal Fire's Chief Ken Pimlott later chimed in saying the situation was only "going to continue to get worse before it gets better."

​With fire containment percentages still sitting in the low single digits, officials are concerned that the next round of winds forecast for the weekend will only provide more fuel to the 22 wildfires raging in the region.

​Offering some hope, the agency has indicated that northern California may get a chance at some rainfall towards the end of the upcoming week.

​More than 191,000 acres have been claimed by the fires, Cal Fire reported, and the Tubbs Fire, burning in both Sonoma and Napa counties, upped its claim to more than 34,000 acres by Thursday morning. Only 10 percent of the fire has been contained.

Tubbs has been dubbed by officials as the deadliest of all the 22 fires and the sixth deadliest in the state's history.

​Speaking to reporters Thursday, Sonoma County Sheriff Rob Giordano announced that at least 463 people are still missing. However, he stressed, poor communications are likely keeping families from being able to locate relatives. Cell phone service in many parts of the state has been severely disrupted by the fires.

With regards to the identifying the dead, the sheriff noted the process would be difficult due to fire damage.

"We have found bodies that are nothing more than ash and bone," Giordano told reporters.

With roughly 8,000 fire personnel battling the fires, the Golden State is also getting assistance from its neighbors in Arizona, Nevada, Washington and Oregon. Supplies have also been sent in from Pennsylvania, Canada and Australia, USA Today reported.

​"This is not easy for anybody," Jonathan Cox, battalion chief of the California Department of Forestry and Fire Protection said Thursday. "We have firefighters who've lost their homes or who have family members who have lost their homes."

More than 20,000 residents had been evacuated as of Wednesday, and the wildfires have destroyed more than 3,500 homes and businesses.