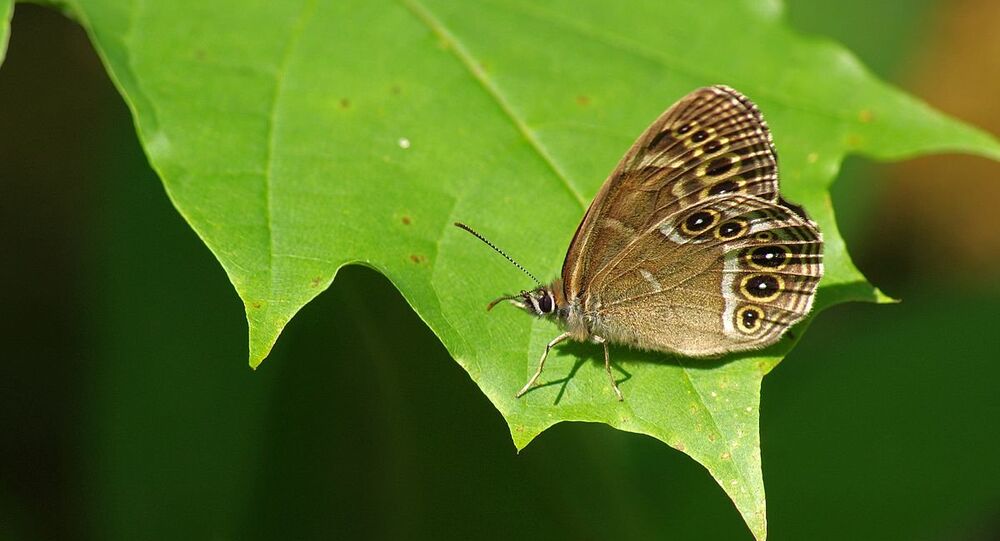 A planned goldmine in the southern Finnish town of Valkeakoski has run into trouble for a possible environmental crime that devastated a protected butterfly habitat. The company attributed the felling to a mistake and denied having endangered the environment.

Finnish police are investigating the Australian-based Dragon Mining company for felling trees in a protected area, which happens to be a breeding ground for the woodland brown butterfly (Lopinga achine), Finnish national broadcaster Yle reported. This rare species is listed as vulnerable throughout Finland.

The incident, involving up to four hectares, was reported to the local Center for Economic Development, Transport and Environment (ELY) by the mining company itself. Dragon Mining admitted that the logging occurred by mistake last September. According to Dragon Mining production manager Ilpo Mäkinen, his company immediately notified the authorities and drew up a plan to rehabilitate the area when the error was detected.

© Wikipedia
The Frog Prince: Russia Rolls Out a Red Carpet for Finnish Frogs
By Mäkinen's own admission, Dragon Mining has planted new trees in the area, which are intended to provide protection for the endangered woodland brown butterflies. The firm claimed, however, that no protected species were found in the area, and denied endangering the butterfly species.

Nevertheless, Finnish police are working to establish who was responsible for the logging and how intentional it was. Detective Chief Inspector Antti Uusipaikka stressed specifically that even an unintentional error does not protect anyone from being charged with a crime.

At present, the ELY Centre is considering the mining company's rehab plan and demands that the firm monitor the consequences and the impact of the felling on the protected species.

Dragon Mining plans to begin mining soon, but no exact date has been announced yet.

The future mine is located at Kaapelinkulma, about four kilometers from the center of Valkeakoski. The nearest houses are only a few hundred meters away, and local residents have, for a long time, demanded changes in the mine's environmental permit.

​Dragon Mining is an established gold producer in the Nordic region, with a number of production centers in Finland and Sweden, including the Faboliden Gold Project in northern Sweden. According to Dragon Mining, both Nordic countries are excellent countries for mining investments, featuring low taxes, low risks and first-rate infrastructure.

© CC0
Nature-Loving Finns Going Gaga Over Fat 'Sealebrity' Flashing His Bits
By the company's own admission, it seeks to ensure that its activities are carried out in a manner that minimizes environmental impact.

​Despite having a wingspan of up to 5.5 centimeters, the woodland brown is known to be an elusive species, and hard to come across by accident.

Ouch! Woman Lost in Finnish Forest Gets Bitten by Police Dog Searching for Her