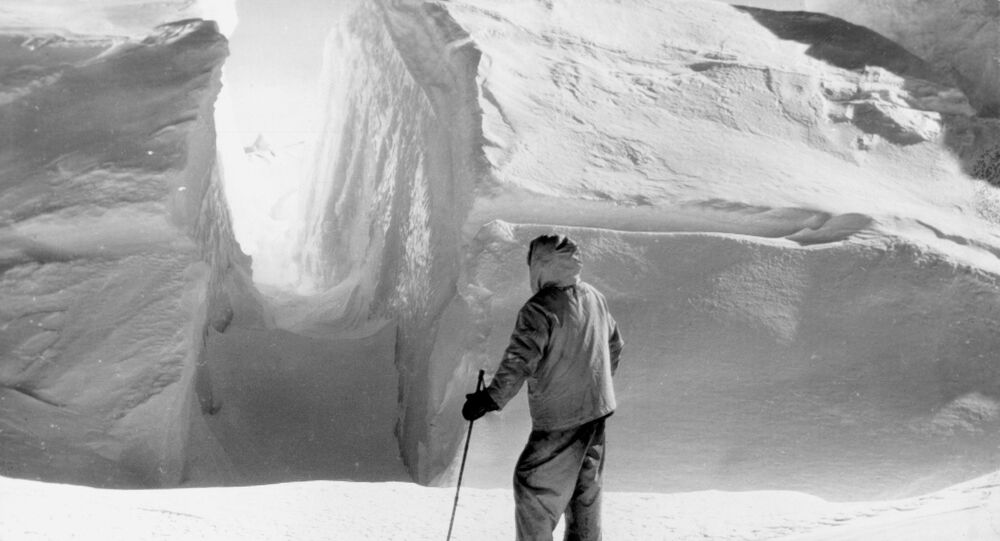 A gigantic hole has appeared in the Antarctic ice, and scientists are baffled as to why it has formed. The hole, comparable in size to Austria or Maine, appeared without warning and without any apparent reason.

Holes form in Antarctica all the time. They're called polynyas, and they form in the sea ice that lines the Antarctic coast. The circulation of warm water or ocean currents causes the hole to form, and the polynya usually disappears after a few months.

But this hole didn't form along the Antarctic coastline, where all the sea ice is. Instead, it's hundreds of miles inland. Speaking to Motherboard, professor of atmospheric physics Kent Moore with the University of Toronto called the massive hole "quite remarkable," like someone "punched a hole in the ice."

"This is hundreds of kilometres from the ice edge. If we didn't have a satellite, we wouldn't know it was there," Moore said, adding that the polynya was 80,000 square kilometers (30,900 square miles) in area.

The same spot was the site of a polynya 40 years ago, according to Moore. However, the hole went largely unstudied due to limitations of observational instruments in the 1970s. The polynya opened back in September, according to Moore. "In the depths of winter, for more than a month, we've had this area of open water. It's just remarkable that this polynya went away for 40 years and then came back."

Moore, who is also a member of Princeton University's Southern Ocean Carbon and Climate Observations and Modelling project (SOCCOM), said that climatologists are excited for another opportunity to study the mysterious hole in the ice."Compared to 40 years ago, the amount of data we have is amazing," he said. "At that time, the scientific community had just launched the first satellites that provided images of the sea-ice cover from space."

The kneejerk for both scientists and the public is to blame the polynya on climate change, but Moore called that "premature" since the hole has recurred since the 1970s, and possibly even before that.

However, the polynya will affect oceans worldwide. "Once the sea ice melts back, you have this huge temperature contrast between the ocean and the atmosphere," he explained to Motherboard. "It can start driving convection," the process by which warm water rises to the surface of the ocean, "which can keep the polynya open once it starts."

Because of this feedback loop of warm water rising to the surface as a result of the polynya, it may be a long while before it closes again. "We don't really understand the long-term impacts this polynya will have," Moore told National Geographic.