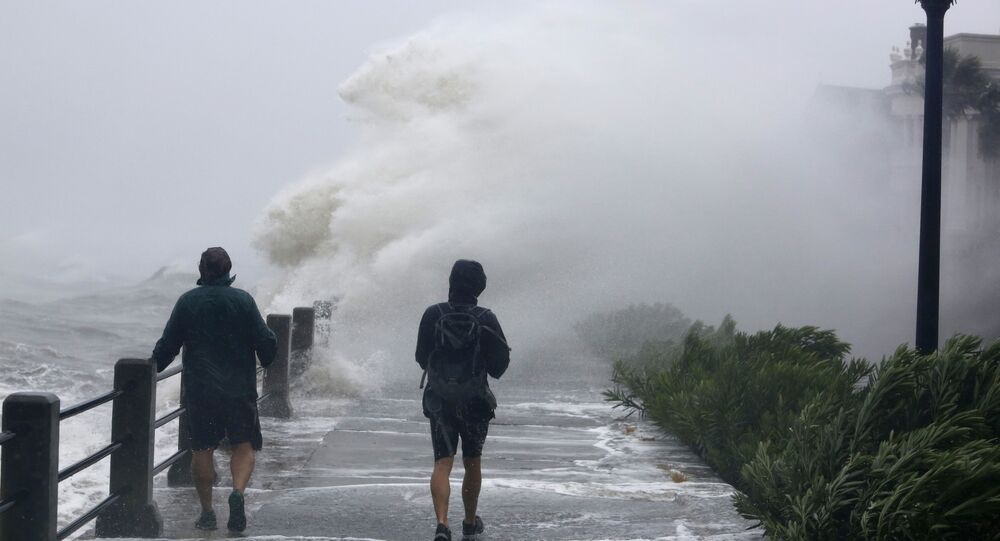 The US National Hurricane Center announced that tropical Storm Nate had strengthened to become a Category 1 hurricane and is moving towards the United States.

MOSCOW (Sputnik) — Tropical Storm Nate gained in strength on Friday evening becoming a Category 1 hurricane as it moved past the Mexican shore toward the United States, the US National Hurricane Center warned.

© AP Photo / Eric Gay
Tropical Storm Lee Approaching US to Become Fifth Major Hurricane in 2017 - NHC
The storm now packs maximum sustained winds of 75 miles per hour with higher gusts, which can produce some damage. It is currently located about 95 miles northwest of Cuba.

The hurricane is expected to make landfall on the US Gulf coast early Sunday morning.

A state of emergency has been proclaimed for the states of Louisiana, northern Florida and southernmost Mississippi in anticipation of potential severe weather and heavy rainfall.