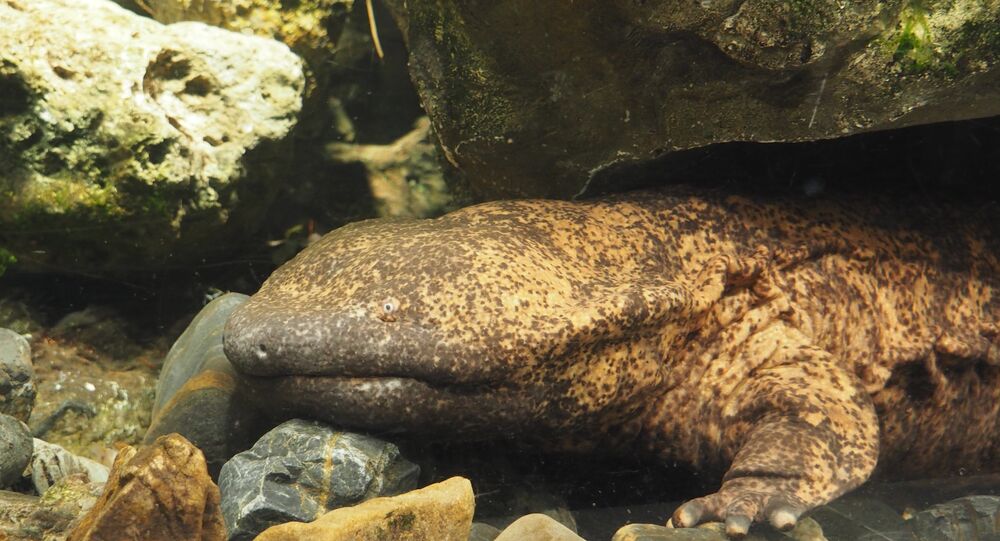 Godzilla, is That You? Tokyo Zoo Has a Very Own Monstrous Reptile (PHOTO, VIDEO)

The Japanese passion for various giant monsters is so huge that they even have their own movie genre – kaiju (which means “strange beast”). But while Godzilla, three-headed Ghidorah and Gamera are figments of the imagination, the country is actually home to some real monsters

Inokashira Park Zoo, located in a quiet and distinctive suburb of Tokyo, exhibits a variety of "native" species like Japanese birds, squirrels, serows and martens. But alongside all these cute animals, there are some very scary, scaly creatures lurking at this zoo's Aquatic Life House.

This monster, which actually looks like a prototype of "kaiju," is an Andrias japonicus, or Japanese giant salamander, and though it's not big enough to destroy cities, the size of this amphibian is still impressive.

At first glance, it seems that the creature is eyeless (and navigates by sensing your fear!)

However, it has a tiny pair of eyes — the zookeepers have kindly pointed out where they are.

There is something that makes these monsters look like Godzilla — the way they yawn, opening their toothless mouths to the width of their bodies. Thank god they don't make this blood-chilling sound too…

Interestingly, it yawns only about once every two weeks to aid digestion, according to Inokashira Park Zoo staff.

The carnivorous animal, which can live to an age of more than 50 years, has a brown and black mottled skin that provides camouflage against the bottoms of streams and rivers so that the unsuspecting prey doesn't see it.