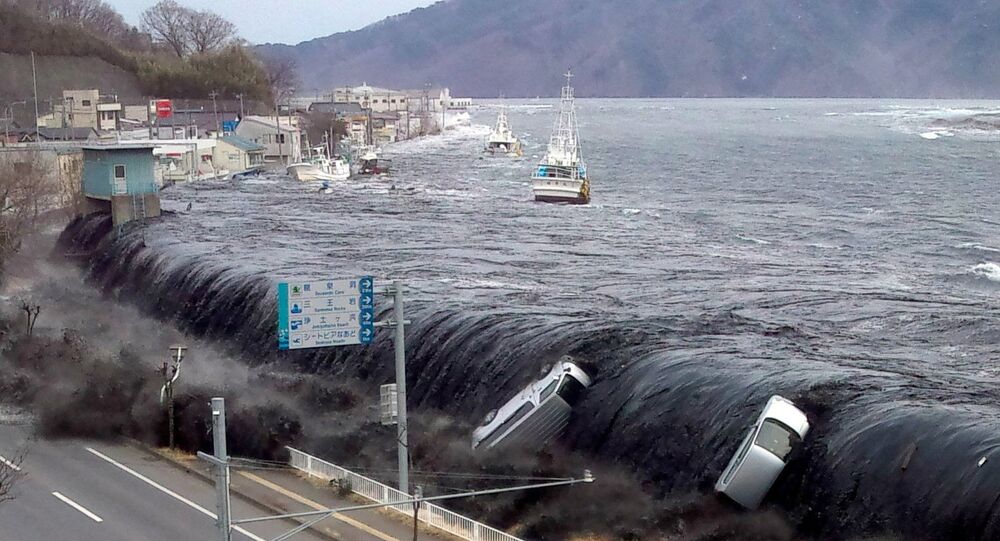 Turns out the largest and longest marine migration ever documented took place after the 2011 Japanese tsunami forced roughly 300 species of fish ashore alive in the US, according to scientists.

Researchers found 287 species, including fish, snails, sponges and a slew of microorganisms, that somehow managed to survive the nearly 5,000-mile trip on floating islands of debris, according to a study published in the Science journal Thursday.

"One of the things that really blew me away is that so many of these organisms could survive in open ocean for five to six years," Greg Ruiz, a co-author on the study, told the Pacific Standard. "We didn't think they would find enough food."

© Photo : Youtube/Doble Con todo
Signs of the Apocalypse? Fish Rain Down From the Sky in Mexico

After linking the 9.0 magnitude earthquake that struck off the coast of Japan and the resulting tsunami of March 11, 2011, the lab coats were able to put two and two together and trace the foreign species back to the Land of the Rising Sun.

In total, researchers estimated that a million creatures, including thousands of mussels, reached the West Coast.

So what debris could've sustained them over this long trip? It was plastic.

"It was the plastic debris that allowed new species to survive far longer than we ever thought they would," Carlton said.

According to the official, had this incident occurred years ago, the invaders would've never docked because it was more likely then that they'd be traveling on wood.

© CC0
Out of Head: Microplastics in Seawater Makes Fish Go Nuts
But while scientists are thrilled with the finding, there's another matter that's of big concern.

"It's a bit of what we call ecological roulette," Carlton said, referring to the possibility of the invasive species taking over their new turf and kicking out the old residents.

Though invasive species can cause harm leading to economic losses, scientists say they won't be able to determine their effects for years, at which time it might already be too late.

The study was conducted with the combined efforts of researchers from Williams College, Oregon State University, Moss Landing Marine Laboratories, the Oregon Institute of Marine Biology, Smithsonian Environmental Research Center and the Department of Environmental Science and Management of Portland.

Snake Handler Fishes Out Huge Cobra From a Toilet