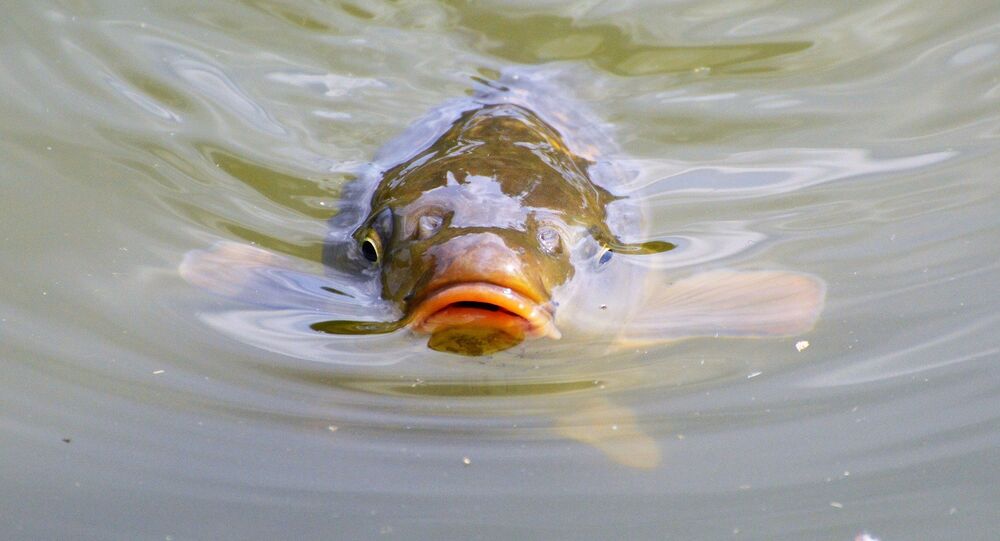 Plastic particles dispersed in water can accumulate in fish, causing irreversible brain damage and affecting their behavior, a new study from Lund University has revealed.

Non-biodegradable plastics are known to decompose into "microplastics," tiny splinters slowly contaminating the world ocean and infiltrating wildlife. About ten percent of all plastics produced on the globe are estimated to ultimately end up at sea, poisoning marine flora and fauna.

Scientists from Lund University, Sweden have taken a closer look at how plastic waste is passed between various organisms in aquatic ecosystems. Tiny plastic particles are consumed by algae and animal plankton, which in turn get eaten up by larger fish, with fatal consequences.

"Our study is the first to show that nano-sized plastic particles can accumulate in fish brains," Tommy Cedervall, a chemist at the Faculty of Natural Sciences at Lund University, told the Swedish scientific portal Forskning.

© Photo : Pixabay
Microplastic, Not Fantastic: Tons of Litter Wash Ashore in Norway
According to Cedervall, the Swedish researchers have obtained evidence that nanoplastics can effectively pass through the blood-to-brain barrier and thus accumulate in fish brains. In their experiment, a natural food chain was replicated using Daphnia and the Crucian carp.

In addition to causing physical damage from poisoning, it affects fishes' behavior in a negative way. The presence of nanoplastics in the brain has been linked to slower eating and less exploring of the seas, with a detrimental effect for fish populations. On a broader scale, such effects are likely to considerably affect natural ecosystems, since top predators have a crucial impact on lower trophic levels and ecosystem functions. Another conclusion is that nano-sized particles destroy animal plankton, which is otherwise appears unaffected by larger pieces of plastic waste.

"It's important to study how plastics affect ecosystems, given that nanoplastics may have, perhaps, a more dangerous impact on aquatic ecosystems than larger pieces of waste," Tommy Cedervall said.

Nevertheless, Cedervall avoided drawing conclusion on how plastic particles may accumulate in other tissues and thus potentially be transmitted to humans through consumption.

"No, we are not familiar with any such studies and are therefore very careful to comment on it," Tommy Cedervall said.

© CC0
So Much For Just Keep Swimming? Researchers Find Antidepressants in Fish Brain Tissue
The study was carried out in collaboration between the departments of biochemistry and structural biology, as well as environmental science and aquatic ecology at Lund University and was published in the scientific journal Scientific Reports.

The production of plastic material has increased tremendously during the last decades. Plastic waste reportedly constitutes between 60 and 80 percent of the total marine debris, affecting hundreds of aquatic species through entanglement and ingestion.

After reaching the oceans through sewage treatment plants, waste handling or aerial deposition, plastic material breaks up into smaller pieces through the actions of sunlight, waves, living organisms and salt. Once reaching nano-size, they become able to reach through biological barriers, penetrate tissues and accumulate in organs, possibly effecting behavior and metabolism.

According to a 2016 prediction by the Ellen MacArthur Foundation, there will be more plastic waste than fish in the sea by 2050, unless the production cycle is somehow changed. Since 1964, plastics production is known to have increased twentyfold and is expected to double again in the next 20 years and almost quadruple by 2050.