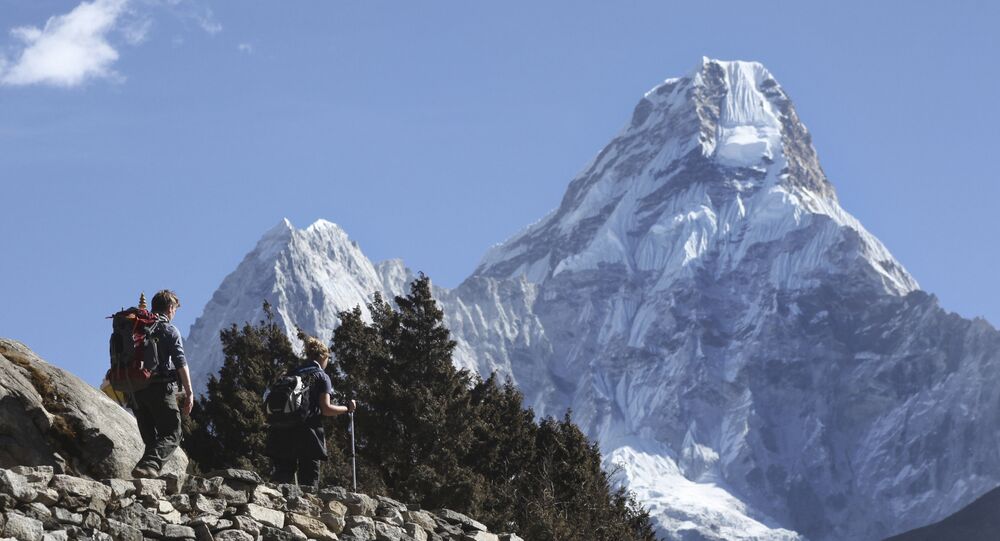 In the hopes of squashing claims that Mount Everest has shrunk, government officials announced Friday that they are planning a measuring expedition to shut down the mountain's short-changers.

"We are now developing a methodology for the measurement which will be discussed with international experts, and their advice will be incorporated to make sure that our work meets global standards and is internationally accepted," Ganesh Prasad Bhatta, the director general of Nepal's Survey Department, told Reuters.

© AP Photo / Tashi Sherpa
Risk of Deadly Traffic Jams on the Slopes of Mount Everest Grows Along with Number of Climbers
Aided by foreign experts, the expedition will begin during the summer or autumn climbing season in 2018, weather permitting, Anil Marasini from the Survey Department told the outlet.

According to the naysayers, the beloved mountain was knocked down a few pegs after a 7.8 magnitude earthquake struck the region in April 2015. Per satellite imagery, the capital city of Kathmandu rose vertically by roughly three feet, whereas Mount Everest became an inch shorter.

Striking the region during the peak climbing season, the powerful quake set off massive avalanches that killed 18 people at the mountain's base camp.