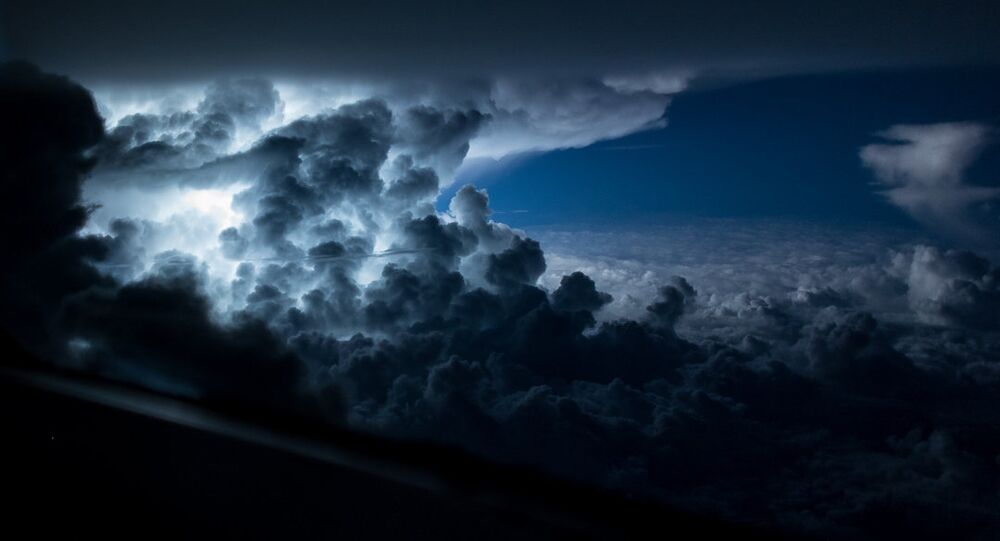 The Caribbean region hit by Hurricane Irma last week now must brace itself for a new storm, as Tropical Storm Maria is now following Irma's track.

Newly named Tropical Storm #Maria expected to strengthen and affect portions of the Leeward Islands as a hurricane. https://t.co/tW4KeGdBFb pic.twitter.com/YCUkxWGSKQ

According to the NHC, the storm is located 620 miles east southest of the Lesser Antilles, and is heading west at about 20 miles per hour with maximum sustained winds of 50 miles per hour currently.

© AP Photo / Gerben Van Es/Dutch Defense Ministry
Can Science Ever Stop a Storm? Hurricane Irma, Harvey and Worse to Come
The NHC added that the tropical storm was expected to turn into a hurricane within two days.

Recently, the Caribbean region and the southeast of the United States have been hit by several hurricanes. The latest, Hurricane Irma — which caused up to 81 deaths — is considered to be one of the strongest hurricanes ever recorded in the Atlantic basin.