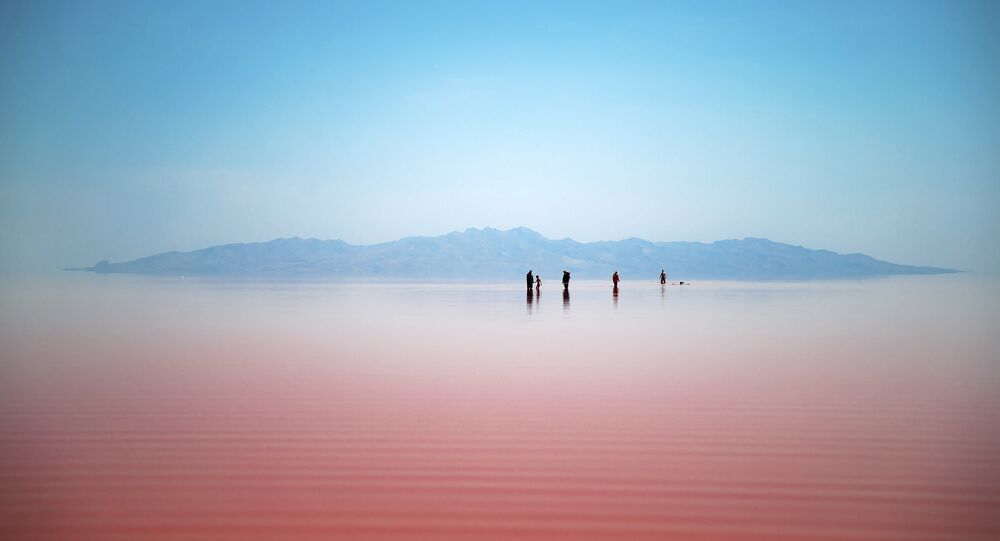 Thirsty for Solutions: Iranian Lake Could Dry Up, Leaving 14 Mln Without Water

If Iran is unable to keep Lake Urmia from drying out by 2030, at least 14 million lives will be in danger, according to Amir Abbas Jafari, head of the Organization for the Elimination of Consequences of Natural Disasters in Iran's Western Azerbaijan province.

Addressing the situation affecting Iran's salty Lake Urmia, which has rapidly shrunk in the past few years, Mohammad Darvish of Iran's Environmental Protection Agency told Sputnik that the main reason for it is the local population's increasing dependence on the lake's water and adjacent land.

"To stop Lake Urmia from shrinking, it is necessary to remove the gardens and return the 300,000-hectare area to the lake in the next ten years. Iran along with its neighbors Azerbaijan, Armenia, Turkey and Iraq should create a free economic zone in this region. After people benefit from it, the [Iranian] government will urge people to deal with cattle breeding rather than growing beets, something that will help revive the lake," Darvish said.

He was echoed by Masoud Bagherzadeh Karimi, a member of the working group on the restoration of Lake Urmia, who underscored the importance of other countries giving a helping hand.

"The environment is a global. If the lake dries out, there will be sand and dust storms which may reach the province of Golestan and the city of Gorgan, which is why we welcome our immediate neighbors' help. Already, we cooperate with Japan, Australia, Germany, the Netherlands and Turkey.We would appreciate all the assistance in line with international laws and regulations," Karimi said.

© Wikipedia
Pool of Blood: Lake in Iran Turns Red in Summer
The work to restore the lake's water level was slated to wrap up by 2023, but the deadline will almost sure be extended due to poor financing. In particular, the promised funds from Leonardo DiCaprio and Japanese environmentalists are yet to be obtained.

Located in northwestern Iran not far from the Turkish border, Lake Urmia is believed to be one of the largest salt reservoirs on the planet. In the last twenty years, the lake has shrunk by 60 percent due to climate change and damming of the rivers flowing into the lake.