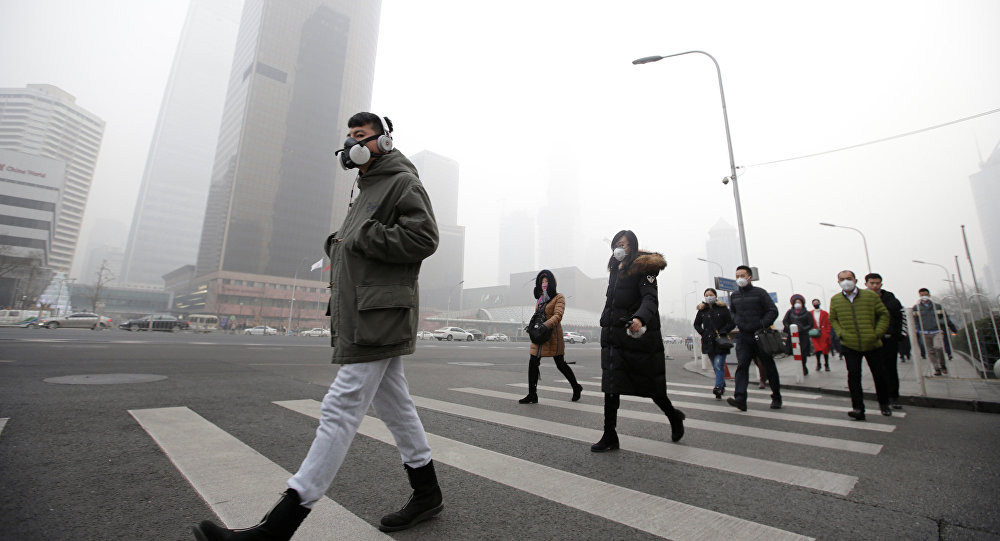 Seeking to curb some of the worst urban air pollution in the world, China will join other nations to push for only electric vehicles on its city streets, eventually banning the sale and use of internal-combustion engines powered by fossil fuels.

Currently in the planning stages of the ban, including detailing the move's completion date, China will force engine makers and car companies to pivot away from fossil fuels, speeding the implementation of electric vehicles in a bid to meet global climate standards laid out in the 2016 Paris Accords.

Government agencies in Beijing and around the country are working with regulators and businesses to set a timetable for the dramatic shift, seen to be a harbinger of world economic growth, as Chinese consumers represent the largest car-buying market on Earth.

According to vice minister of Industry and Information Technology Xin Guobin, speaking at an auto forum in Tianjin on Saturday, the move will profoundly affect the path of China's auto industry, cited by Bloomberg.

"Many countries have adjusted development strategies," said Xin, adding, "Some countries have worked out a timetable to stop production and sales of traditional-fuel vehicles."

"Now the Ministry of Industry and Information Technology has launched a study as well, and will work with related departments on a timetable for our country," stated the Chinese official, cited by the South China Morning Post.

As China moves to ban vehicles powered by internal-combustion engines, so too will automakers around the globe increase their shift toward electric vehicles, decreasing the necessity of worldwide crude oil imports and changing the dynamic of global investment, resource use and commodity markets.

Speed is the order of the day, and not only in the vehicles themselves, as automakers responding to the Chinese announcement have been quick to announce shifts in their own strategies.

Honda will introduce an electric car to Chinese buyers in 2018, according to Honda China COO Yasuhide Mizuno, in cooperation with Chinese business entities Guangqi Honda and Dongfeng Honda, creating a new brand.

Other automakers and investors have quickly followed suit.

Chinese startup automaker Nio will begin selling its ES8 battery-powered SUV as soon as mid-December, according to a company statement.

Nio is collaborating with the Chinese state-owned Anhui Jianghuai Automobile Group, which itself is currently involved with Volkswagen to introduce an electric SUV in China as early as 2018, according to reports.