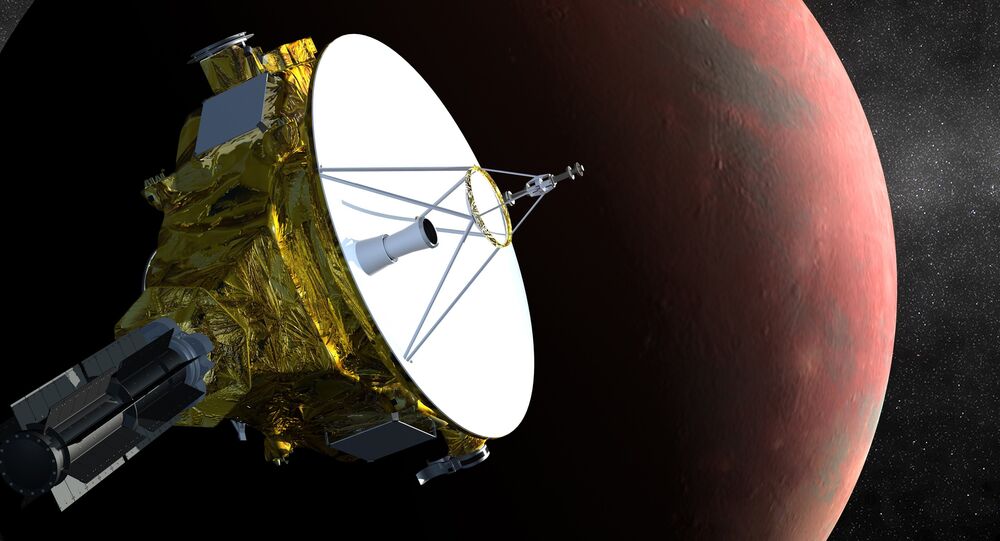 Data from NASA's New Horizons mission has been used to create the most detailed-ever map of the dwarf planet, featuring some imaginative place names which celebrate historic moments, pioneers and scientists back here on Earth.

A new map of Pluto has been produced using data from the close flyby carried out by the New Horizons spacecraft in July 2015.

The map has assigned 14 names to the outstanding geological features of the planet. Many of the landmarks are named after people and space missions which paved the way for the New Horizons exploration, which others are named after mythological underworld characters or other pioneering space missions, the International Astrononomical Union (IAU) announced on Thursday.

"We appreciate the contribution of the general public in the form of their naming suggestions and the New Horizons team for proposing these names to us," Schulz, chair of the IAU Working Group for Planetary System Nomenclature, said.

The largest landmark observed by New Horizons is called the Tombaugh Regio, in honor of Clyde Tombaugh (1906–1997), the US astronomer who discovered Pluto in 1930.

© NASA . JHUAPL/SwRI/Ross Beyer
Pluto’s first official surface-feature names are marked on this map, compiled from images and data gathered by NASA’s New Horizons spacecraft during its flight through the Pluto system in 2015.
The nearby Burney crater is named after Venetia Burney, who suggested the name "Pluto" for the newly-discovered planet, as an 11-year-old.

Sputnik Planitia is a large plain named after Sputnik 1, the first space satellite, launched by the Soviet Union in 1957.

Two mountain ranges are named Tenzing Montes and Hillary Montes, for the mountaineers who were the first to reach the summit of Mount Everest and return safely, in 1953.

© NASA . NASA/JHUAPL/SwRI
Journey to the Underworld: Will NASA Send Another Probe to Pluto?
Other areas are named for mythological figures. For example, Sleipnir Fossa, a giant spider-shaped fracture in the planet's surface, is named for the powerful, eight-legged horse of Norse mythology that carried the god Odin into the underworld.

Launched in 2006, the New Horizons spacecraft was tasked with visiting and photographing the Kuiper Belt. After reaching Pluto in July 2015 and completing a flyby, the probe has continued its journey into the Kuiper Belt and is scheduled to carry out a flyby of another known object there, MU69, on New Year's Day, 2019.