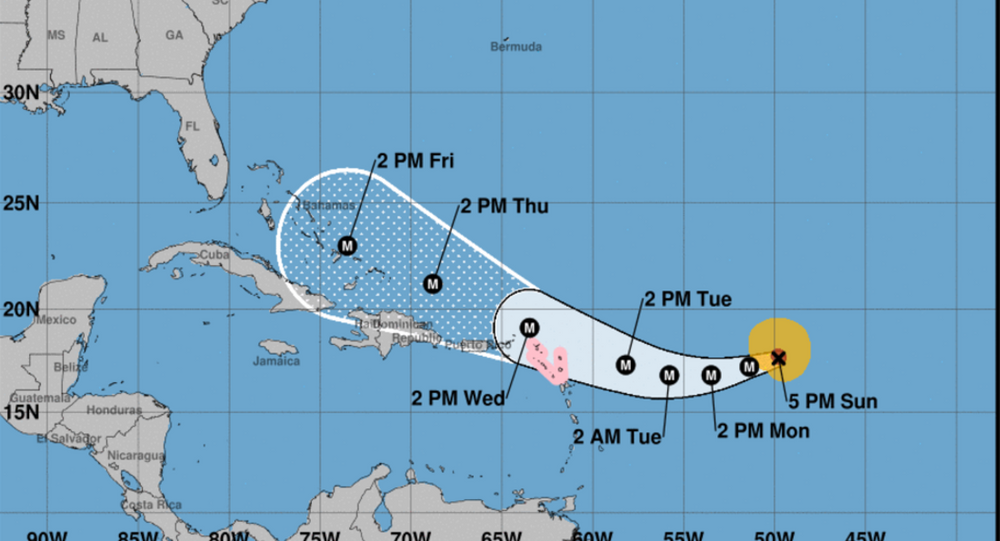 Chasing after the devastation left by last week’s costly and deadly Hurricane Harvey, Hurricane Irma has again strengthened and is moving west at a steady 15 mph with sustained winds above 115 mph and gusts approaching 140 mph.

After rapidly developing from a tropical depression to a full-strength hurricane in the mid-Atlantic just days earlier, Irma is now approaching the island nations of the Caribbean Sea, notably Puerto Rico, Haiti and the Dominican Republic, according to the latest meteorological modeling from the NOAA's National Hurricane Center (NHC).

As the NHC states "Environmental conditions are conducive for gradual development [of Hurricane Irma] during the next few days" and the storm is now expected to become stronger, likely reaching Category 4 status in the next two days as it spins over shallower and warmer waters.

As of yet no coastal watches or warnings have been issued by the NHC, primarily due to current unknowns regarding conditions over the next week, although locals along the Gulf of Mexico and Florida are eyeing reports on an hourly basis.

Only eight days ago deadly Category 4 Hurricane Harvey hurtled onto the southern US coast from the Gulf of Mexico, delivering record-smashing rainfall and flooding, and decimating the infrastructure of Houston, the country's 4th largest city.

Currently, Irma is very powerful but very small, but is expected to increase in the coming days, according NHC prediction models.