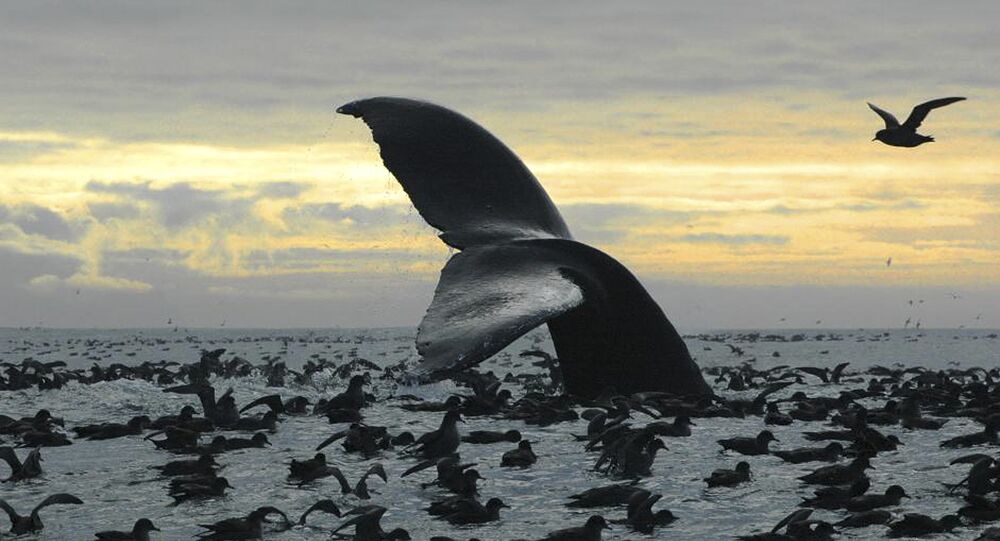 A study by Australian paleontologists at Monash University and Museums Victoria reveals that archaic whales had sharp predator’s teeth that resemble those of lions, discarding the hypothesis that ancient whales filter-fed.

"Contrary to what many people thought, it seems that that whales never used their teeth as a sieve, and instead evolved their signature filter feeding strategy only later — maybe after their teeth had already been lost," the study's lead co-author Associate Professor Alistair Evans said.

Modern whales have comb-like plates in their mouths that can be used to filter plankton and small fish."Filter feeding is the defining trait of modern whales — there are few ways in which this unique strategy could have evolved from tooth-bearing, predatory ancestors, and our study firmly rules out one of them."

The investigators, who published their findings in the Royal Society Journal Biology Letters, used high-resolution 3D computer models to compare fossil and modern whales' teeth to determine if ancient whales were predators or filter feeders. The teeth were also compared to other terrestrial animals including coyote, lion, dingo, puma and seal, comparing their sharpness and pointiness.

According to Dr. Evans, "Predators that kill and chew their prey need sharp teeth with cutting blades."

"By contrast, species that use their teeth as a sieve have blunt teeth with rounded edges that help to filter prey from water," he explained.

The fact that the ancient whale teeth resemble those of terrestrial carnivores, like the lion, suggests that early whales were "raptorial feeders," that seized their prey and munched it up.

"We found that ancient whales had sharp teeth similar to lions and dingoes so it likely they used their teeth to kill rather than filter," Evans pointed out.