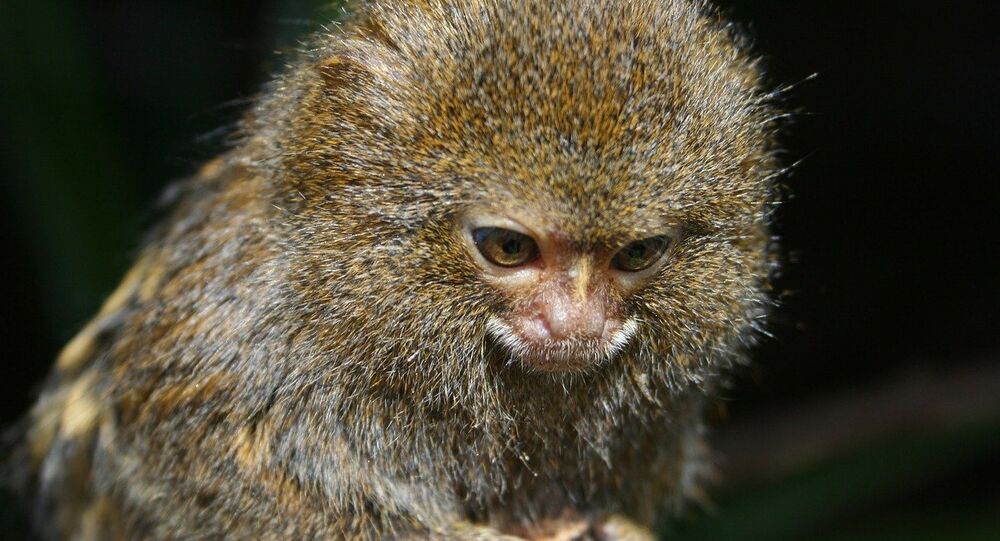 The world's smallest monkey, a pygmy marmoset, has given birth to a set of twins at Chester Zoo in the UK.

The pygmy marmoset, which is the smallest species of monkey in the world, has given birth to twins weighing just 15 grams. The babies, who were born at the end of July, are now visible for visitors of the zoo to spot.

The babies were born to mum Audrey and dad Gumi, and will only grow to be 13 cm long when they are fully grown.

Pygmy marmosets are the smallest species of monkey in the 🌍.

Audrey's NEW twins are the tiniest of tiny arrivals! pic.twitter.com/QBKUP5EjXH

​Dr. Nick Davis, deputy curator of mammals at the zoo, said that this species of monkey have relatively large babies for their tiny size.

"An adult will only weigh up to around 150 grams and so each baby equates to around 10 percent of its body weight," Dr. Davis said.

Dr. Davis added that the youngsters will be seen being carried by dad Gumi for long periods of time as mum takes a well-deserved break.

​"After giving the babies their regular feeds, mum Audrey, like all other female Eastern pygmy marmosets, steps aside while dad takes on the parental chores," Dr. Davis added.

​Eastern pygmy marmosets are native to the rainforests of western Brazil, southeastern Colombia, eastern Ecuador and eastern Peru. However they are threatened by both habitat loss and being captured by poachers and sold as pets.