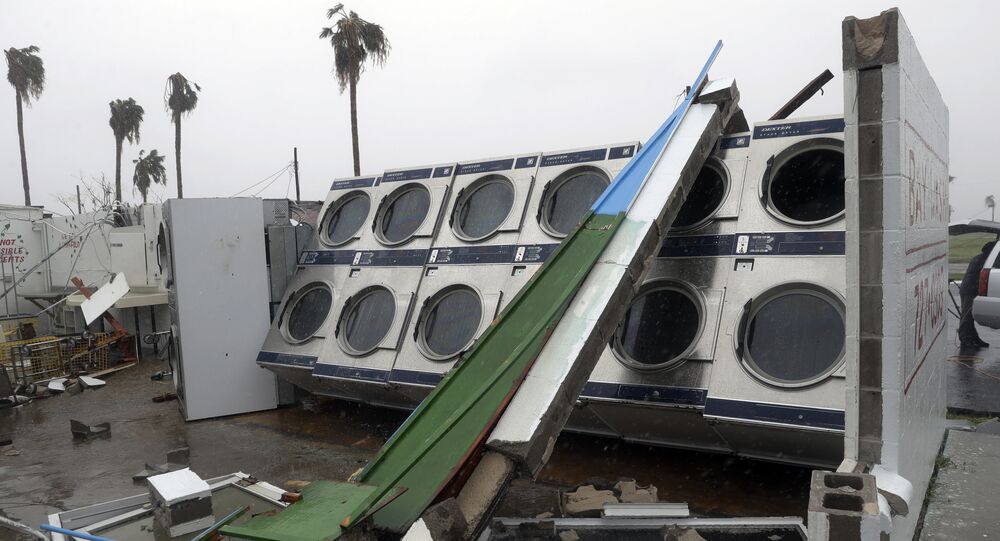 Since the eye of hurricane Harvey made landfall on Friday, three people have died in the Texas county of Aransas, according to media reports.

The US Coast Guard said in a press release that it had rescued 20 people and continued to assist people in need of help.

© AP Photo / David J. Phillip
Time Runs Out For Texas: Hurricane Harvey Makes Landfall as Category 4 Storm (VIDEOS)
The US Bureau of Safety and Environmental Enforcement (BSEE) said Saturday that personnel from 112 oil and gas platforms and five rigs had been evacuated in the Gulf of Mexico, while one rig had been moved off location.

Following Friday's landfall of Hurricane Harvey, at the time a dangerous Category 4 storm, many affected regions have been declared disaster areas.

As the slow-moving storm continues to dump record-breaking amounts rain throughout the state, weather officials and local emergency services are warning of heavy flooding and tornadoes in the region. Several counties have reported rainfall levels at their highest since World War II.

Reports are coming in of additional tornadoes in the regions northwest of Houston, America's 4th largest city.

As the storm, following predictions, stalls over the region, intense amounts of rainfall continue to hammer the area, and meteorologists are warning of another two days of the same conditions, which are likely to lead to extremely dangerous flood levels.

Additional information will be provided as it becomes available.