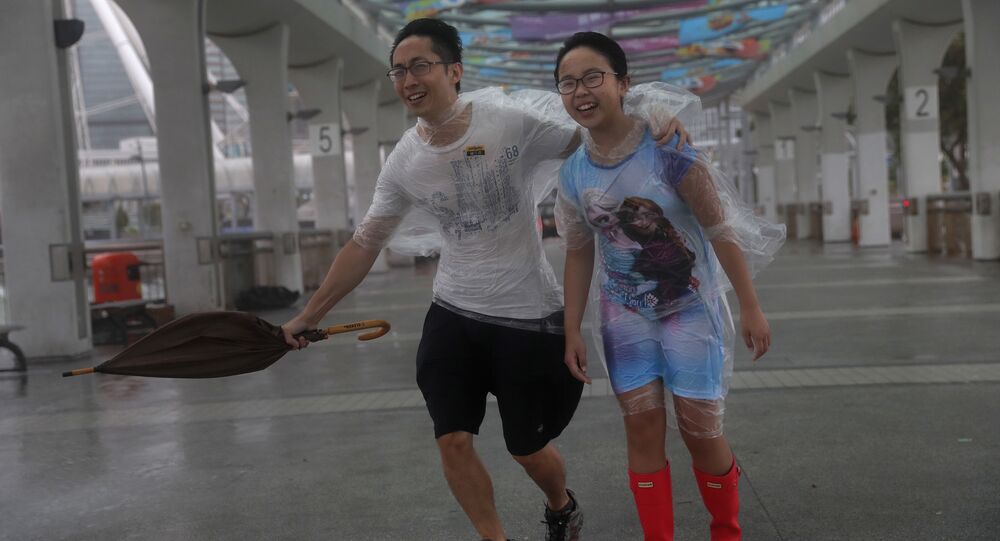 Warning of Second Typhoon in One Week Causes Panic in Macau, Hong Kong

Hot on the heels of Hato - the worst storm to hit the Chinese autonomous city of Macau in 35 years - a new urgent warning has been issued for Pakhar, another fast-approaching and potentially deadly typhoon set to strike the region in just seven days.

Hato, which devastated Macau and parts of Kong Kong on Wednesday, will soon see another potentially deadly typhoon, as the city's Meteorological and Geophysical Bureau issued a new storm warning at 11:30 p.m. Saturday.

The typhoon Pakhar, while still in its early stages, could strike the beleaguered region encompassing Macau and Hong Kong late Monday or early Tuesday, according to reports. Pakhar could bring with it torrential rain and high winds, similar to those seen just last week by Hato, in which an estimated 21 were killed in Macau alone, and many more were injured.

Following the destruction wrought by Hato — and with the imminent arrival of Pakhar — the city of Macau, in an unprecedented move, invited elements of the People's Liberation Army to assist with road cleanup.

The former Portuguese colony — which was handed back to Beijing in 1999 — has been granted some autonomy for self-governance, and has not seen China's army on its soil since the handover.

Many Macau residents remain without power, as emergency teams work to bring fresh drinking water as well as recover the dead and attend to the wounded.

On Saturday, an estimated 20 water trucks were dispatched to Macau and some 360,000 bottles of water were imported. Four public shower facilities were also made available to residents, according to the South China Morning Post (SCMP).

According to the Hong Kong Observatory, Pakhar is predicted to be an estimated 70 percent chance of striking the Macau/Hong Kong area early next week, cited by SCMP.