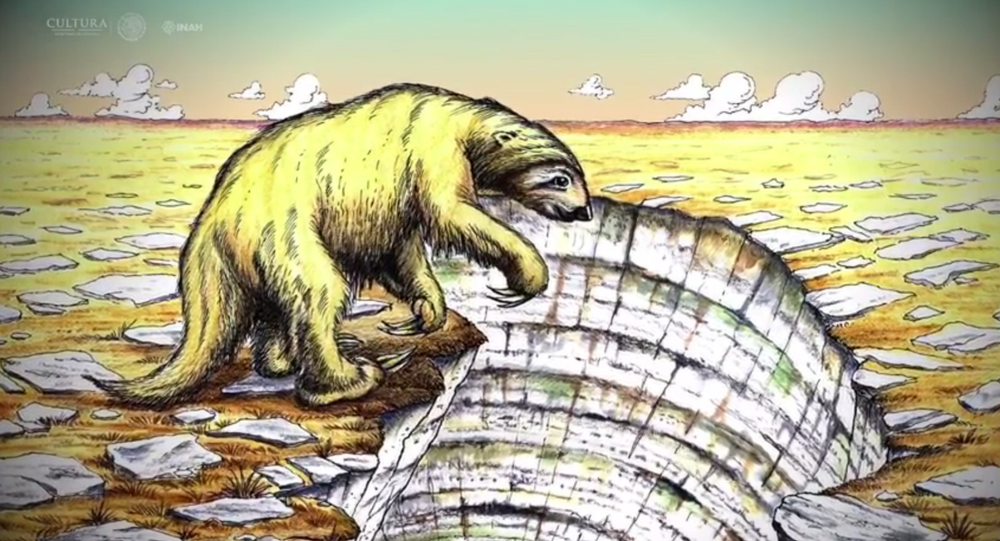 First found in 2010, officials at the National Institute of Anthropology and History officially confirmed on Wednesday that fossils found in an underground limestone cave in Mexico belonged to an unknown sloth species.

According to INAH scientists, the recently nicknamed specimen "Pote" died at the bottom of a sinkhole after it "fell in… when it was dry or had only a little water at the bottom."

​Since the initial discovery by Vicente Fito, an underwater cave explorer, researchers have brought up a mixture of bones including the skull, jawbone, ribs, claws and a bag of vertebrae. However, the remainder of the skeleton sits about 165 feet under water.

"They'll be putting the pieces together like a puzzle," INAH spokesperson Arturo Mendez told AFP.

With the new species of sloth officially named Xibalbaonyx oviceps — "Xibalba" for the Mayan underworld, "onyx" for the Greek word claws, and "ovum" for its egg-shaped skull — researchers are planning to remove the remainder of the skeleton by 2018.

Officials say the initial analysis suggests the ancient sloth lived anywhere between 10,647 BCE and 10,305 BCE. It's size is still unclear, and some are speculating the fossilized sloth weighed at least 500 pounds.

In the same underwater cave, popularly known as cenotes, archaeologists also found bones from a puma and a rodent, the INAH shared.